Gold is one of the most precious metals that humans have discovered. From both an aesthetic point of view, and an economic point of view, gold is a very valuable metal. Due to its resistance to corrosion, rust, and decay, gold is considered to be a prized possession.

On the periodic table, its atomic number is 79 and its symbol is Au which stands for Aurum; a Latin word. The purest form of gold is soft, dense, bright yellow and is extremely ductile and malleable. Because of these natural properties, gold has had very significant importance in the jewelry market.

There was once a time when gold was seen as a fun thing to have, mostly for aesthetic purposes. As of right now, it is also bought as financial insurance and protection.

Here are 10 interesting facts about Gold

The Journey of Jason and the Argonauts to find the Golden Fleece is one of the most famous Greek myths. These two go on a long, hard journey to acquire a fleece that is made of gold. Turns out, it does have some truth behind it. According to Archaeologists and historians, in ancient Greece, people used to layout sheep fleece across the rivers to collect gold flecks. Once the fleece was dry, they would shake it out.

In ancient Egypt, gold was so common that hieroglyphic inscriptions say how they were more common than dirt.  It is said that the Egyptians used to mine gold since 2,600 BC. When an African Emperor Mansa Musa visited Egypt for diplomatic purposes, he gave away so much gold while he stayed there that the value of Egyptian money decreased for years to come even after he left.

3. The Weight of Gold

As of right now, all of the gold that is currently in use around the world is supposedly here since it was mined out in 1910. All this gold would weigh around 170,000 metric tonnes, collectively.

4. Where Does the Gold Go When Eaten

During medieval times, much like today, gold was used to show off wealth by rich people. Gold leaves that are used today to decorate food actually started in medieval times. It was believed that gold had magical properties that could prosper health when it was ingested. Some of the techniques used to make gold leaves are the techniques that were used in the days of the British Empire. The gold that we eat doesn’t get digested; it is just passed through the system.

Gold also has its uses in medicine. An isotope of gold, Au-198 is very radioactive. This isotope can be injected where a tumor is seen and its radiation will destroy those tumor cells without affecting much of the rest of the body. This next method hasn’t yet been tested on humans but the journal Proceedings of the National Academy of Sciences had a report that said how a compound found in tea leaves could be linked to Au-198 to treat prostate cancer.

6. The Bad Thing about Gold Mining

About 2,700 tonnes of gold is mined out every year but about 83% of this gold is extracted using a process that requires cyanide to pull gold out of the rocks that hold the gold. Cyanide is an extremely toxic chemical which makes these entire process not very environment-friendly. Although, in the journal Nature Communications, Zhichang Liu who is a postdoctoral researcher in chemistry, and his colleagues said that they have found a better way to extract gold but they need more investors to scale up the process.

Even though gold is the densest metal in the periodic table, it is so malleable that just 1 gram of gold can be hammered into a 1 square meter sheet that can allow light to shine through it. Because of this property, gold is such a common and loved metal for jewelry because you can basically create anything that you desire, as long as you have the money.

In 2011, a paper was published in the journal, Nature that stated that 4 billion years ago, a meteor that hit the earth is responsible for bringing gold into the planet. The meteor was rich in gold and other precious metals.

9. The Birth of Gold

In 2013, The Astrophysical Journal Letters did a study to find that all of the gold that exists in the universe came into existence when dead starts, i.e; neutron stars, collided into each other. Crazy to think that most of us are wearing or have something that originated so far back in time!

Gold also has the ability to block harmful ultraviolet rays from the sun. While it isn’t necessary or possible for normal humans like us to be walking around coated in gold to deflect these rays, astronauts definitely need it. The helmets that they use have a visor that has a thin layer of gold on it. 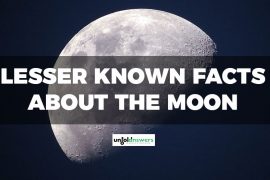 8 Interesting Facts About the Moon 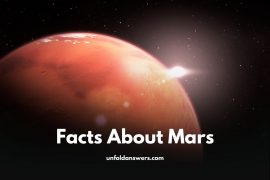