Is the Color of Ocean Blue Because of the Blue Sky? Discover the truth!

If you take out a bucket of water from the ocean, it is colorless. But, the color of ocean is mostly blue. Does it really appear blue due to the color of the sky? No, this blue color is due to the scattering and absorption of light. 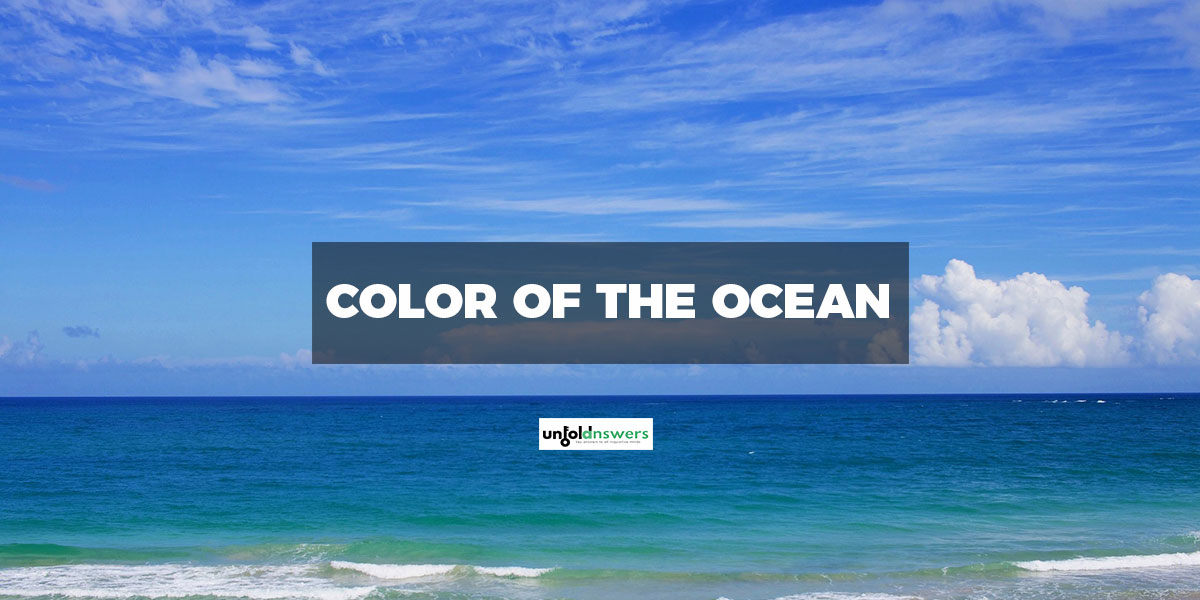 When these radiations are incident on any particles, the particles scatter them. The scattering can be caused due to the change in polarizability of molecules by incident radiations or subsequent absorption and emission. In both processes, there is deviation of radiation.

Color of Ocean and Sky

The color of ocean and sky are similar. Both of them are caused by the same phenomena, scattering of light but one is not the cause of the other. This misconception must be left behind. Other than scattering, absorption plays a vital role in yielding blue color of ocean whereas there is no such phenomenon in case of the sky.

Blue Color of the Ocean

The blue color of ocean is due to the scattering of light and absorption of longer wavelength visible light such as red and orange. The blue light has shorter wavelength among the colors present in sunlight to which our eyes are sensitive. This scattering is proportional to fourth power of wavelength. So, the lesser the wavelength, greater the scattering.

Blue color has the least wavelength among the visible light, neglecting indigo and violet, for which our eyes are not very sensitive. So, it scatters more relative to others. Mathematically, blue light has a shorter wavelength than red light by approximately two times. This means it is scattered 16 times more than red.

This absorption and scattering yield blue color of ocean water. But, sometimes ocean water can be of a different color. This can be accounted by the color of surface and different contents in it.

Why is a Bucket of Ocean Water Colorless?

For blue coloration, the volume of water must be very large enough to scatter an ample amount of blue light and absorb almost all red light. You cannot get blue water out of the blue sea.

Sometimes the color of some regions of the ocean or sea can be green or bluish-green. This color is mostly due to a type of algae present in the sea, the phytoplankton. This algae contains chlorophyll, which is green in color. It is responsible for making oxygen out of carbon dioxide.

These sea algae can make a whole region of ocean green. The concentration of phytoplankton is credited for making an ocean greenish. The low concentration makes the ocean appear bluish-green.

Further, the presence of different other contents like salt and minerals increase the scattering and makes the water much bluish. Not just bluish and greenish, the total absorption of light can give a dark color to water. The increase in depth enables water to absorb even blue light completely. At depth of nearly 250 meters, the blue color is also almost completely absorbed. So, the color of ocean having greater depth can have a much darker color instead.