Dark Matter and Energy – The Darkness That Lurks In Them 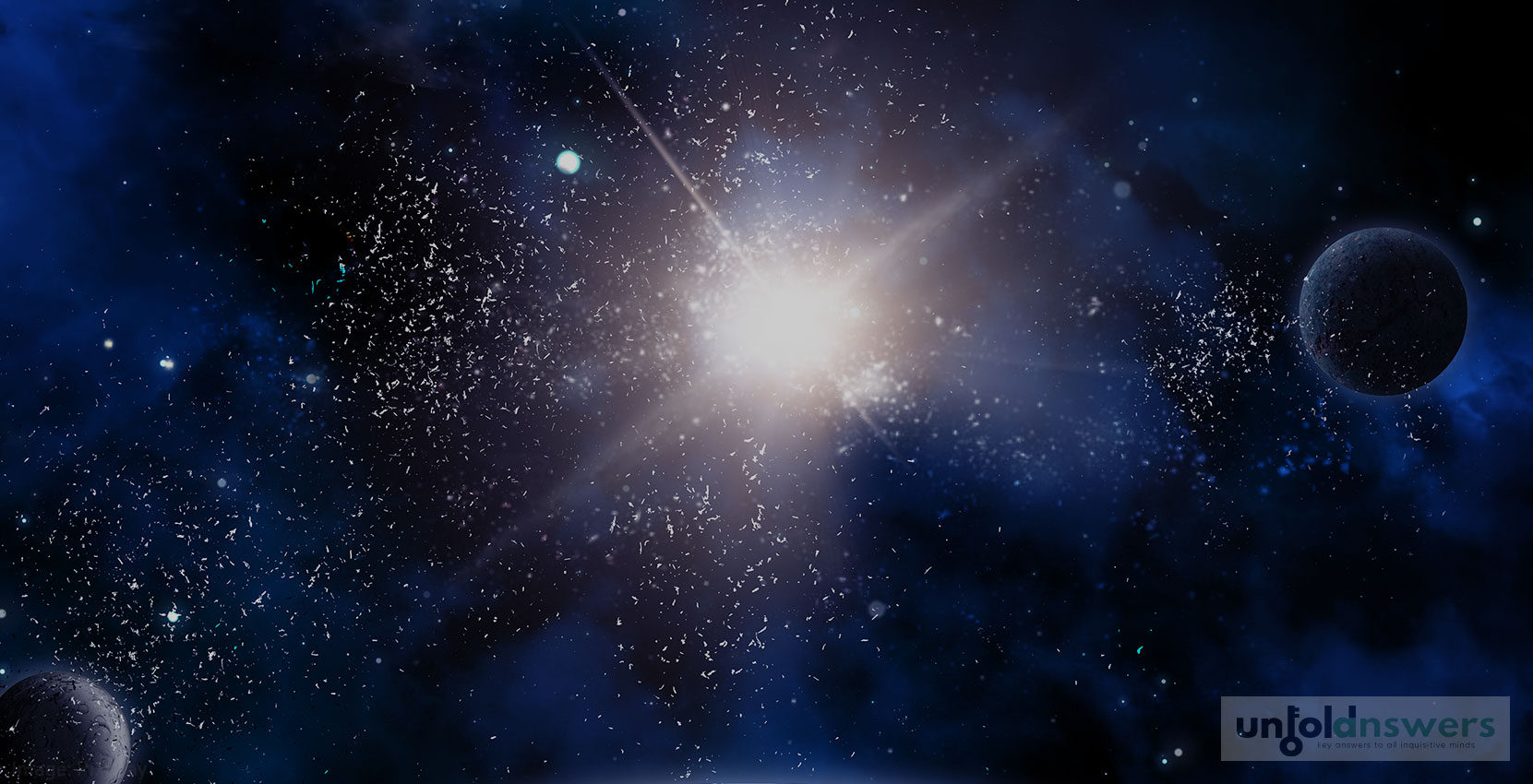 What are dark matter and dark energy?

Dark matter is supposed to be a form of matter which is undetectable (hence dark) due to its passivity towards the electromagnetic radiation. This matter is not supposed to be made from baryons (particles that make up normal matters) as baryonic matters can be detected.

Though science inferred every entity in the Universe has a dual nature, a particle and a wave (energy) nature, dark matter and dark energy does not seem to have any connection with the known particles or energy. These things have not been well understood, this is also a reason behind the dark prefix added to both matter and energy, which signifies the unknown.

So, dark matter and dark energy are undetected (till now) and predicted that they have a greater impact in shaping the Universe as the way it is. They are fictional for now but their detection can open a whole new realm of understanding.

The existence of dark matter

The spiral arms of the spiral galaxies rotate around the galactic centre. With all the masses considered luminous, we can model the galaxy with a point mass at the centre and all other revolving around. The velocity of such masses should decrease as we go away from the centre but it is not found so. This hints that the visible masses are not the only masses. So the invisible matter that account for such discrepancy is regarded as dark matter.

For some galaxies, the stars stays intact though the entire galaxy should have fallen apart as suggested by the weaker gravity due to less mass. This further empowers the concept of dark matter. Everything suggests it is there but we still don’t have idea of ‘what it is?’

The existence of dark energy

Moreover, dark energy is hypothesized from the study of the expansion rate of the whole Universe. As time began and everything exploded from a dense point with Big Bang, the expansion of the universe must be slowing down due to gravitational force. Also, the low value of energy density as studied in today’s universe suggest that it must start slowing down.

The better understanding of the existence of these forms of matter and energy can be devised from the study of cosmic microwave background.

As we look up the sky, we see the past. The nearest galaxy, Andromeda is 2.5 million light-years away from the Earth. This means as we observe it, we see something before 2.5 million years. Cosmic Microwave Background was created at the time of Big Bang. It enables us to study the Universe from the beginning of the Big bang. Also, it assists to unravel the conditions of the early universe. Hence, it provides a proof of the expansion of the universe.

Further, it has helped to calculate the proportion of the contents of the universe. The study of the CMB by Planck surveyor has given the percentage of the dark matter and dark energy present in the universe.

Detecting something undetectable to the radiation is the ultimate problem. If these things are undetected and their concept is to be discarded, it will leave the well-accepted theory of gravitation, general relativity in jeopardy. There are several experiments which aim to observe the interstellar for the detection of these dark matter and energy like Cryogenic Dark Matter Search (CDMS), XENON, PandaX, LUX, etc.

Another route for assuring their existence is by making them. Particle accelerators are searching for their existence in highly energetic collisions. Also, experiments like Deep Underground Neutrino Experiment (DUNE) and International Linear Collider (ILC) might be of help after their completion.

Let’s hope the darkness of these dark matter and dark energy is revealed soon so that they no longer remain dark to us.