Have you heard of rain of animals, different animals falling out of the sky during rain? There are a lot of news relating to fish rain, frog rain and even spider rain. How can it occur?

Animals live on land. Even birds which are aerial live on land though they fly. So, it is absurd that such land-based animals to fall out of the sky as rain. Generally, on the internet, you can find a lot of fake pictures referring to rain of animals. But it does occur under certain circumstances and is very rare.

Rain, as we know is the process of falling of water collected from masses of water on the ground from sky to ground. Likewise, rain of animals mean falling of animals after being carried out from the ground to the sky just like rain of water. Of course, it does not mean falling of larger animals like dogs, cats, tigers, etc. out of the sky.

History of Rain of Animals

Rain of animals has been recorded throughout the history. Roman philosopher and naturalist Pliny the Elder had written about the storm of fish and frogs as early as first century AD. This type of rain of animals has been sighted in various places till today and has been documented in the form of writing as well as pictures.

In Yoro, Honduras, rain of fish is celebrated as a festival, ‘Lluvia de Pieces‘ and is supposed to occur yearly or twice a year. Many coastal regions have recorded rain of animals in the USA, UK, Sri Lanka, Australia, Japan, etc. Not just coastal regions but sometimes a small number of animals can fall out in places far from the sea. Recently fish rain occurred in Sri Lanka. According to local people, some of the fishes were alive.

How Does Fish Rain and Other Rain of Animals Occur?

Rain of animals can occur only when something can take animals up in the sky. What can take them and from where they are likely to be taken? These are the most important questions that are to be answered to understand this absurd phenomenon.

Usually strong storms like tornadoes can take animals in the sky. Relative to the strength of the storm, animals taken above can reach miles from when they are picked hence resulting rain of animals. So, one fact is it always occurs during a strong storm. But, some animals can reach a lot farther where there is no sign of storm too.

Generally, we hear of fish rain, frog rain and even shrimp rain on contrary to other animals. Why mostly fish and frogs? This is because water is mobile and not rigid like land. Due to this seawater can be easily affected due to storms as compared to land. Organisms in sea are less intact while land animals have a good grip on land. Hence sea animals are more likely to be taken away in large numbers during storms and likely to cause rain of animals.

Land animals can also be taken away but most of the animals can hide in safe places during storms. Also, large fishes are not carried away but small fishes in less number can sometimes reach many many miles away from coastal regions. So, you may see fish or frog fall out of the sky in your back yard too in some rare occasion even you don’t live near sea or ocean. 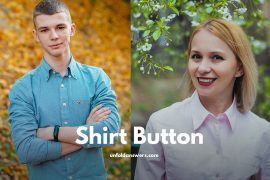 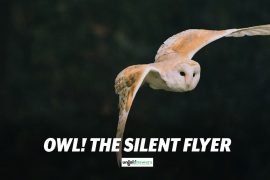