How Consciousness Works In The Human Brain?

Several different scientific theories of consciousness have emerged which get at different aspects of what is going on, but do not yet fit together into a single unified explanation. 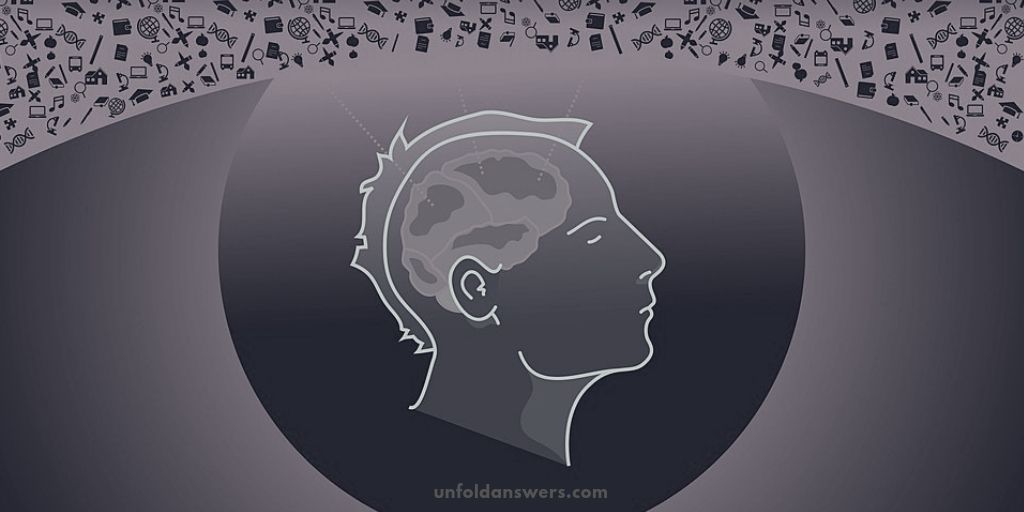 Here are some of the most popular proposals, first starting with consciousness as an active, awake model of the world maintained by the brain:

Information Integration Theory (IIT) of Julio Tononi (psychiatry/neuroscience researcher). The claim is that conscious awareness is created as the side-effect of information exchange within a decentralized system that is converging toward an integrated information state while maintaining diversification. This abstract model, strongly endorsed by neuroscientist Christof Koch, argues that a mathematical equation can measure the degree of integration, and by implication, consciousness. Information integration seems likely to be a component of consciousness or even required for it, but it might not be sufficient.

Global Workspace Theory (GWT) of Bernard Baars and Global Neuronal Workspace of Stanislas DeHaene model consciousness as a “global workspace” of immediately active beliefs and models of the world implemented through a decentralized information sharing and signalling strategy in the brain. This view is pretty compatible with Information Integration Theory but from a less abstract perspective.

Neural Synchrony of Wolf Singer, Andreas Engel, and others. This model examines the mechanics of how information exchange and integration might actually happen in the brain to solve the “binding problem” (why you have unified coherent experiences when the actual representations in the brain are fragmented). The proposal is that large populations of neurons, possibly in disparate regions across the brain, become transiently phase synchronized in oscillation frequency bands. Gamma oscillations (40 – 80 Hz) are often talked about, but there are other interesting bands like beta (18 – 30 Hz) for cognition, alpha (10 – 16 Hz) for vision, and theta (4 – 8 Hz) for spatial understanding and navigation.

Dynamic Core Hypothesis of Andreas Engel suggests that the sphere of perceptual awareness and consciousness derives from whatever information enters into the core hub of dynamic feedback-driven information exchange in central and frontal areas of the brain. The Global Neuronal Workspace of Dehaene would be contained within that Dynamic Core, and any information representation on the periphery or outside of that core would not be consciously perceived. The Dynamic Core might correspond to the Default Mode Network, a network of frontal brain regions found via fMRI studies. The Dynamic Core would be like the information hub of civilization, and goings-on in disconnected rural areas of the brain might or might not make it into consciousness, depending on whether they rise to the level of a broadly contagious pattern, what Daniel Dennett calls “Fame in the Brain”.

Bayesian Perception popularized by Rajesh Rao but generally accepted in theoretical neuroscience is a widely held a view in theoretical neuroscience for how the brain generates a holistic perception and understanding of the environment. The idea is that “higher-order brain areas” originating in the frontal cortex receive “bottom-up” fragmented perceptual signals from “lower-order” sensory brain areas. The higher-order brain areas then generate statistical estimates of the causal structure of the immediate environment, which are projected “top-down” to the lower-order areas to provide interpretation context. The top-down and bottom-up processes operate continuously, producing a contextualized interpretation of the environment, which is what we experience.

The above models get at the possible mechanic’s for how the brain might generate a perception, but they don’t explain the unique subjective “feel” of awareness and consciousness — the “Hard Problem”.

Here are some theories that try to get at the subjective experience component, which all take the angle that awareness is an illusion of sorts (it is a real phenomenon, but it is not what it appears to be):

Sensorimotor Contingencies and The World As Memory of J. Kevin O’Regan(cognitive scientist) and Alva Noe (philosopher). The idea is that the subjective “feeling” and content of perception is a side-effect of how you interact with the world. The dynamic structural interaction between the expectations the brain generates (the contingencies) and the sensory input of interaction generate the qualitative experience of perception. You don’t actually see the world, but rather you experience the relationship between your sensorimotor expectations of the world and “what is out there” as sensed through interaction.

Perception of Agency of Blakemore, Wolpert, & Frith and consistent with Ramachandran. This framework, which is a summary of work by many people, connects the feeling of “realness” and “agency” with the brain’s ability to predict the result of self-generated actions before they happen. An “inverse model” transforms an action goal into a sequence of motor actions, and a “forward model” predicts the sensory consequences of the planned actions. The feeling of agency and control (e.g. “voluntary action”) is a side-effect of the forward model predictions matching the subsequent sensory input received. If you expected your arm to go up, and it did, then you must have caused it.

Self-model of Consciousness and Being No One of Thomas Metzinger(philosopher). This is a philosophical take on the origin of subjective experience that is consistent with the view of Daniel Dennett (philosopher) in Consciousness Explained but explored in more neuroscientific terms. The idea is that who we are is a construct of the brain, and this construct “perceives itself” because it is included in its own constructed model. The self-referenced model produces awareness. This would not be so different from Douglas Hofstadter’s explorations into Strange Loops and self-referential models, which is also somewhat aligned with Victor Lamme’s view on signaling feedback, above.

Emergent Co-dependent Arising of Francisco Varela (neuroscientist), Evan Thompson (philosopher), and Eleanor Rosch (cognitive scientist). The perceptual world that we experience, cognitively and culturally, is the product of the brain and the environment evolving together, culture evolving over time, and nervous systems developing in a cultural context and receiving concepts via learning. We come to identify who we are and experience the world from “our point of view”, partly because our brain gets all its sensory signals from our body, and partly because we come to understand the world through our interactions with it and with the other conscious beings around us. The world we experience is no doubt different from our ancestors because our awareness emerged in a different sociocultural context, which is ultimately the result of emergent conceptual development going back in time through the millennia.

Putting it all together:

1. Awareness comes from a macro-scale, decentralized neural signalling feedback loop, the contents of which is a structural model of the world which contains itself in the model.

2. The contents of perceptual awareness are derived from the interaction between an expectation model of the immediate environment, generated by frontal areas of the brain, and incoming sensory signals (Bayesian beliefs and inference).

3. The model of the immediately aware world is formed, maintained, and kept in a consistent state via “global broadcast” neural signalling and information integration (IIT) processes that leverage neural phase-locked synchrony for coordination and time-division signal separation.

4. The anchor for our perceptual point of view onto the world, which is the origin of our subjectivity, is maintained within the Dynamic Core that operates the model of the world that includes the “self” in itself.

5. The feeling of realness and agency comes from interaction with the environment and projections of expectations relative to dynamic sensorimotor contingencies (forward models) formed from past experience. The feeling of realness is a dynamic signaling feedback circuit that models realness, feelings, and our understanding of other conscious minds in our environment.

6. Our perceptual framework that defines what we think is really emerges as the brain bootstraps a model of the world during development. This model is substantially helped along via learned cultural transmission of concepts from the conscious minds around us. These conceptual frameworks for meaning in the world have been generated and passed along over generations of human society as civilization itself slowly “wakes up” to understand itself.

7. Awareness itself is fundamentally a process of “waking up”: a process of bootstrapping an understanding of the world around us. We “wake up” as we are born into the world and come to make sense of it. We further wake up as we master the cultural knowledge and conceptual models of the adults around us and invent our own personal understanding of what the world is and who we are in it. We further wake up as a society as we learn about ourselves, whether through gossip and information exchange via language or through the development of knowledge and understanding of the planet across the arc of civilization over the millennia.

The above might best be described as a loosely assembled collection of interrelated hypotheses. Taken together, neuroscience, cognitive science, and philosophy are moving ever-closer to the next level of “self-awareness”: understanding who we are, what we are made of, and how we got here.

Biology has taken us far in understanding this journey through the eyes of evolution, ecosystems, genetics, and molecular biology. Neuroscience is slowly chipping away at the understanding of awareness itself which has emerged as a complex biological process occurring both within our brain and across the network of brains and bodies that make up modern human society.

How Can We Know Age of Trees?