Lionel Messi and Cristiano Ronaldo are two of the most prolific and celebrated athletes of all time. In the contender of the ‘GOAT’, these two footballers are often abreast. So How much are Messi and Ronaldo earning from salaries and endorsements?

Both of them have created some debate around the world as who is the better one. Somehow this debate has helped them to establish themselves as a brand that requires no introduction. 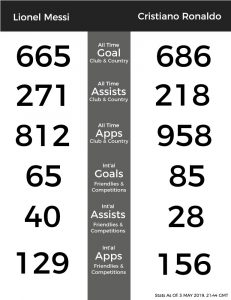 After Ronaldo’s move to Serie A club Juventus, there were some speculations that comparisons between these two greats would subside to some extent as they won’t be competing for the same national league. But every time one seems to surpass the other with their tenacity, the competition levels back again without letting fans make peace with the fact that one of them is definitely better than the other.

Ronaldo brought up is 600 club goals by scoring an equalizer against Inter Milan on the 28 April, while three days later Messi netted twice in the first leg of the champions league semifinal against Liverpool which included his masterstroke free-kick goal.  God knows how long this race continues.

The records they have amassed speak for them. Let’s check some of them.

How much are Messi and Ronaldo earning from salaries and endorsements? 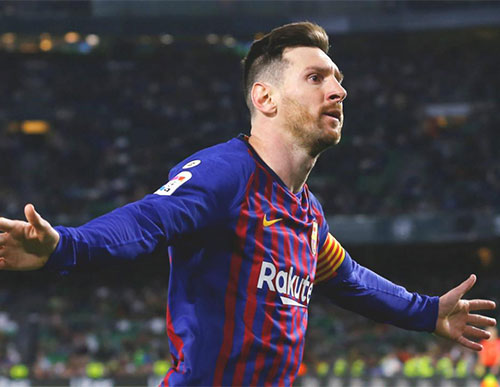 Lionel Messi, from his 2017-18 season was able to draw a staggering $111M of which $84M was from his salary and winnings while the remaining $27M was from endorsements. In November 2017 Messi signed a contract to be with Barcelona FC through 2020-21 which made sure he would draw a minimum of $80M USD annually as his salary keeping the earnings from brand endorsements aside. 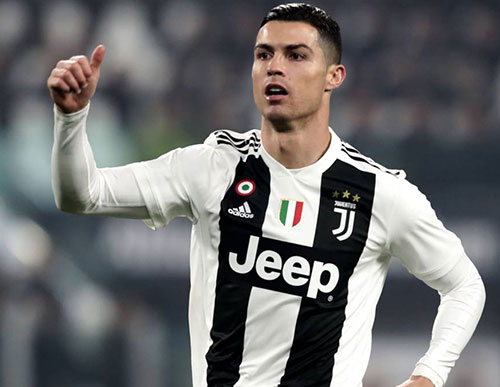 Cristiano Ronaldo is not far behind though. Ronaldo made $108M from his 2017-18 campaign of which $61M was from his salary and winnings while the remaining $27M was from endorsements. Additionally, he has a lifetime contract with Nike that is worth in excess of $1B.

Major brands endorsed by Cristiano Ronaldo:  Herbalife, American Tourister, EA Sports. Besides that, he has CR7 under his name that sells branded merchandise.