Neptune is one of the farthest known planets from the Sun. It is count as the eighth planet of the solar system. By diameter, it is the fourth-largest planet and third-most massive planet in the solar system. Neptune is also known to be the first planet to acquire its existence through mathematical calculations before it got seen in the telescope on September 23, 1846.

As a planet, Neptune is similar to the Earth, but it has a very rocky core. Also, it has a thick atmosphere that prohibits the existence of life as we know about that. Physically, Neptune is dark, cold, and covered by supersonic winds and giant ice.

It is only one planet in the solar system that cannot be seen by naked eyes. In 2011, Neptune completed its first 165 orbit year from the day it got discovered. 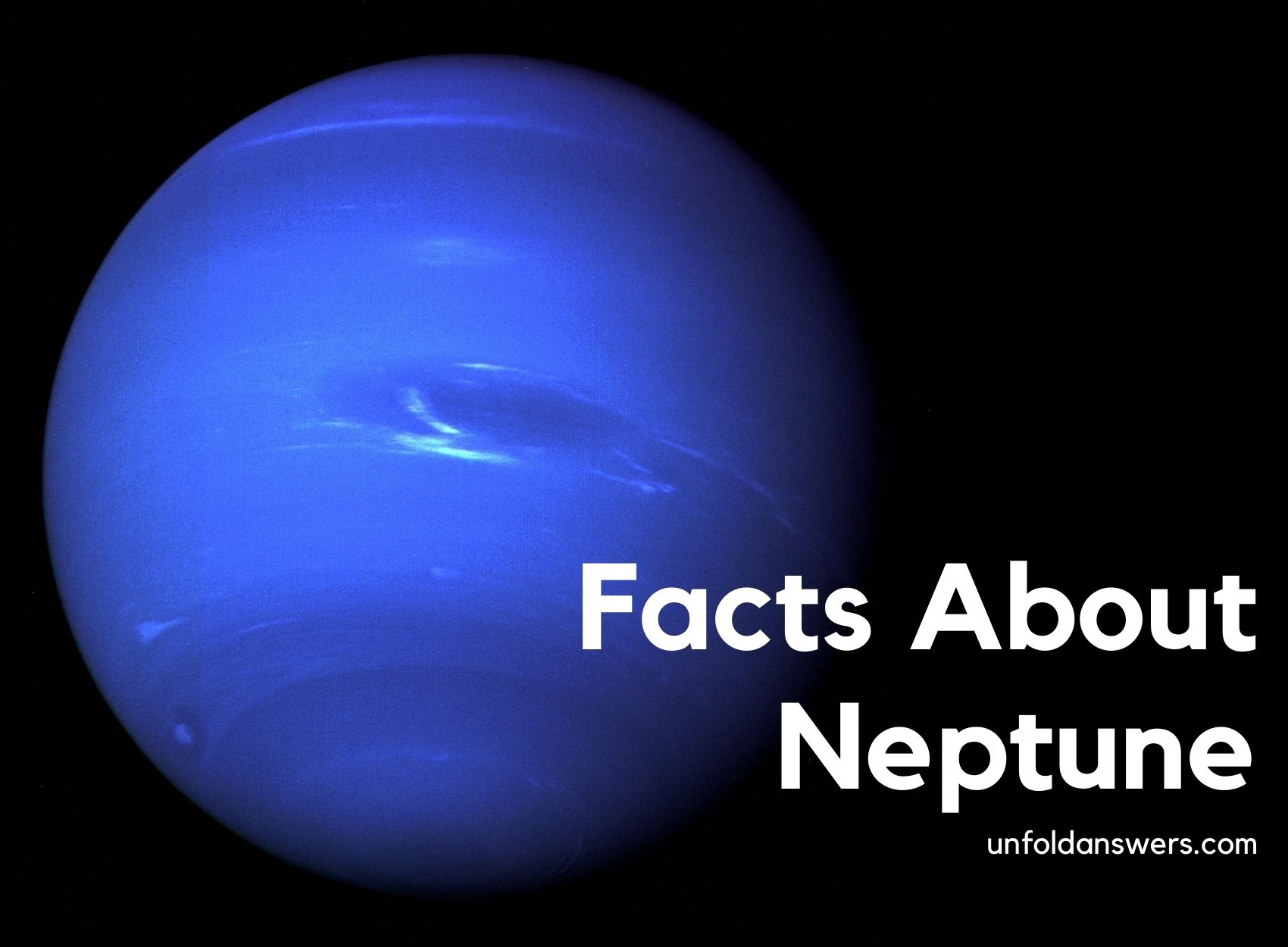 1.  Smallest of the Ice Giants

Neptune is smaller than Uranus in size, but it has a greater mass of 1.638 g/cm3, it is the densest gas giant. But, comparing Uranus and Neptune, Uranus has layers of helium, hydrogen, and methane gas. It also has a layer of ammonia, methane ice, and water. However, the inner core of the Neptune is the makeup of huge rocks.

As we know, the Earth has only one moon but, Neptune has 14 moons. The most interesting one is the Triton. It contains a vast part of nitrogen ice and dust particles. Triton is the seven largest moon of the known planets.

It orbits in opposition to the planet’s rotation. The gravitational force of Neptune captures its moon. It is also known as the coldest world in the solar system due to the ice particles.

3. Its Name Resembles the Roman God of the Sea

The name Neptune represents the Roman god of the sea due to the Blue colour of the planet. The name is similar to the Greek god Poseidon. Its moon or satellite also has tags related to water deities. The colour of Neptune is blue due to the presence of methane in its atmosphere.

The actual temperature of the planet is -353 degrees Fahrenheit and
-214 degree Celsius. However, compared to Uranus, it is less cold as Uranus is the coldest ice giant and also the icy-cold one among the planets in the Solar System

Neptune has the fastest wind speed compared to all the planets in the solar system. It has a wind speed blowing westward towards the equator that reaches up to 2,160 kilometres. It is similar to the supersonic flow.

Neptune has six big rings containing clusters of dust particles and ring arcs. However, the rings are very faint compared to the rings of Saturn. It also has a carbon-based substance covering. The names of the four prominent bands are Adams, Leverrier, Lassell, Arago, and Galle. They have a short life span.

7. Surface Gravity is Similar to the Earth

Neptune and Earth have the same surface gravity. For example, if you stand on the surface of Neptune, then you will start to feel the gravity is pulling you down, similar to the Earth’s. However, Neptune is full of ice, gas, and rocks. You have to ski rather than standing on its surface.

Neptune is said to have a lengthiest orbital period of almost 165 years. Its sidereal rotation gets completed in 16.11 hours. The planet has a distance of 2.8 million billion miles and 4.5 billion kilometers from the Sun. It is due to being the farthest among the eight planets. Its actual position is on the internet online as NASA tracks it all.

Days in Neptune are pretty short-term. It is similar to the other gas giants, as we know, it takes almost 16 hours to complete one full rotation. It is because gas giants rotate faster than other planets. For example, Jupiter takes about 10 hours, and Uranus for about 17 hours. However, rocky planets like Mars and Mercury take a longer time of 25 hours and 1408 hours.

Neptune has a tilted rotation of axis similar to the Earth and Mars. It has a tilt of 28 degrees that allows Neptune to experience various seasons like other planets. The season in Neptune lasts about 40 years as its orbit takes 165 earth days.

The atmosphere of Neptune mostly contains hydrogen and helium and also a small amount of methane. When all these gases get mixed up, it forms a unique bluish colour of the planet. As mentioned above, it is one of the windiest planets in the solar system. The race of the wind speeds more than 1200 miles per hour. On the other hand, the Earth’s fastest wind race with 250 miles per hour.

Neptune’s wind has a fast current creating oval-shaped storms. Scientists also had discovered a Great dark spot on Neptune’s atmosphere in 1989. It frequently gets disappears and also gets reappears time and often.

14. It is Composed of Dense Fluids

Neptune is a composition of thick fluids water, methane, and ammonia as well. There is a belief that these components are underneath the clouds and are very hot. However, it doesn’t boil away due to the high pressure of the gasses keeping it locked inside.