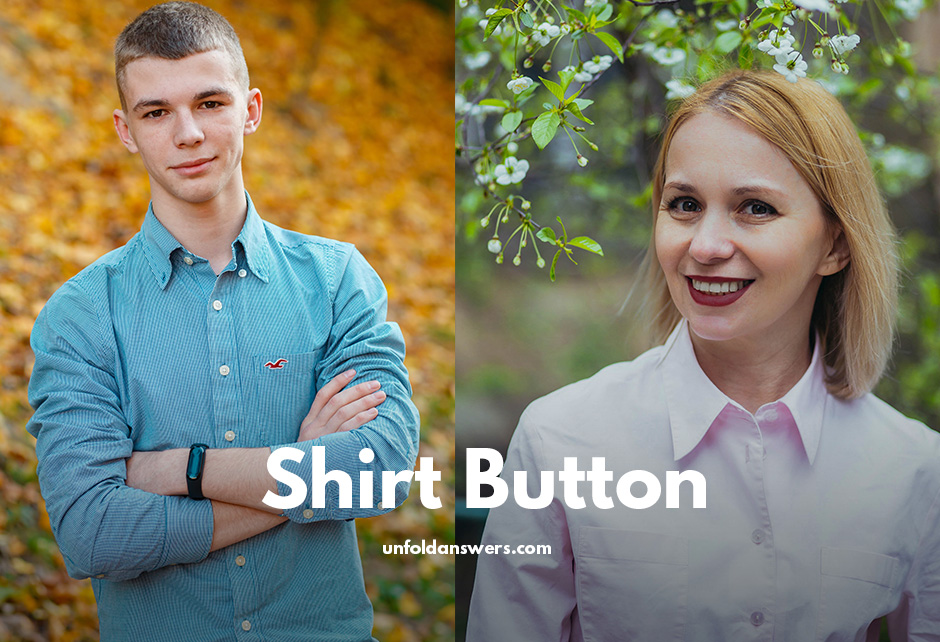 Reason for Men and Women Having Shirt Buttons on Different Sides

Buttons have a long history as much as of 5,000 years. But the earliest of modern buttons were found on Germany dating back to the 13th century. On reference to that time, there can be various theories on this shirt button discrepancy.

The most common theory for men’s shirt button being on the right side with left flap is that their left flap held weapons. So, weapons can be easily drawn by unbuttoning jacket/shirt. Not just weapons within but the people of that era had a sword on their left side. The right hand could be used to draw the sword and the handle won’t be obstructed if the shirt had left flap over right. Also, buttons on the right side ease buttoning and unbuttoning since most people are right-handed. There could not have been a better reason.

When it comes to women’s shirt button, there can be a lot of possibilities. The common theory is that most fashion defining higher class women were dressed by maids that time. On account of most maid’s right-handedness, the buttons had to be reversed i.e. placed to the left side.

The other possibility is the necessity of distinction between men and women in terms of clothing. So, the button could have been placed to the opposite side to mark the difference. Some believe that it must have a link with the way women rode. Women of that time rode a horse in sidesaddle position and from the right side. Buttons on the left side reduced the breeze of wind.

There is also another theory that links to breastfeeding. Women generally held the baby with their left hand and buttons on the left side can be opened by free right hand easily to breastfeed the child.

Whatever may be the reason, it links finally to the right-handedness of the majority of people. The right hand is active and hence convenient to button and unbutton the button on the right-hand side. And women had it on a different side for creating a distinction from men’s wear or for being dressed by maids. That sounds more convincing to me.