How interesting it would be if you can generate electricity from your shoes? You can charge your mobile phones from your shoes and you won’t need power bank anymore. Recent development in Piezoelectric Devices can make it true. 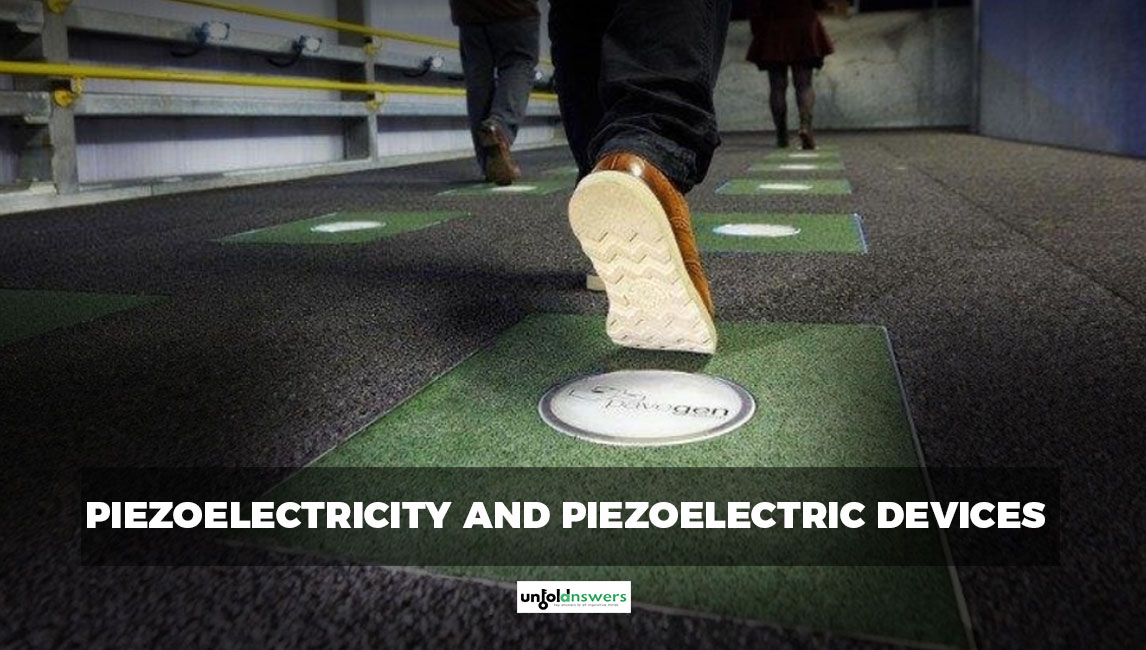 Electricity has been a part of human life. Almost all the sources of energy we use is directly or indirectly in the form of electricity. With such escalating demand for electricity, modern science has focused on research activities that can harvest energy (electrical energy) from various sources namely heat, light and pressure.

Normally, the solar energy (heat and light) and different mechanical losses of energies are abundant in our everyday life and the main purpose of science has been to harvest such wasted energies.

The discovery of these devices is as old as the thermoelectric devices dated, the 19th century. Nowadays these devices are used in smart wears, sensors and different solar cells, for increment of efficiency. However, the most popular use is in gas lighter and spark plugs.

Piezoelectricity has been popular these days because modern people are motivated to decrease energy loss for tackling the energy crisis in future. Since mechanical losses in our daily life are inevitable, efficiency enhanced piezoelectric devices can be a better solution to decrease the exploitation of energy.

The use of piezoelectric devices in order to produce electricity is increasing though its low efficient production has put a barrier for the use. Research activities have been carried out to increase the production of electricity in a significant amount.

The piezoelectric devices are used in the lighters in which a hammer hits the device to produce high voltage current to set a spark and ignite the fuel. They are also used in piezoelectric microphones where sound wave produces a reverse piezoelectric effect and hence the waves are detected. Research on self-powering vehicles using piezoelectric devices is going on. Furthermore, they have been used as sensors, sonar detector and producer, actuators, etc.

The use of piezoelectric devices has taken the next step by its use in energy harvesting in large scale. In London, a dance club uses piezoelectric flooring system which produces energy to operate the lighting and different equipment in the club by the steps taken by people on the floor. How much you would dance if dancing can power your house?

Piezoelectric nanomaterials called PENGs are being experimentally used in the harvesting of energy in modern times. The PENGs based on various materials are used for the producing electricity in nanodevices. They use nanotubes made from the piezoelectric devices which can be used in the generation of electricity.

The research has found that the use of organic PENGs with triboelectric nanogenerators (TENGs) can be efficient than other materials. TENGs are those materials which produce electricity by the process of contact electrification between the surface of contact due to the mechanical stress, friction, etc. Also, recent studies have broadened their use in the photovoltaic cells in order to increase its efficiency.

Photovoltaic device have become popular in recent decades because of awareness of people about renewable resources of energy. The researchers are always trying to achieve high efficiency in the performance of photovoltaic device.

This has led to the use of a hybrid photovoltaic cell with piezoelectric material. The photo-generated charge carrier’s non-radiative recombination is one of the major loss in the photovoltaic cell.

The efficiency has been enhanced by 45% by the use of organic-inorganic photovoltaic cell of poly 3-hexyl thiophene (P3HT) and ZnO nanorods. An external vibration source as a loud office environment would set up a piezoelectric effect eventually increasing the carrier lifetime by 3-fold so that the efficiency is increased.

These hybrid acoustic photovoltaic cells can be used in noisy environments such as vehicles and public places to make energy harvesting efficient.

Such hybrid piezoelectric devices can be made for efficiency enhancement to harvest energy in a significant amount from the everyday mechanical losses. We have a wide-open research area in this field of physics and there is enough room for new facts and findings. Maybe someday we will power our accessories by going on a promenade.