Various significant climatic changes have taken place on Earth in the billions of years it has existed. We might or might not be directly responsible for these changes. Some scientists believe our activities have no impact on the climate whatsoever, some believe it to be insignificant while some believe us to be the major reason for these negative effects on Earth.

Observation from space and some ground observation have evidence that climate change has occurred on other planets too. Like water may have flown in Mars which is all desert now. However, the increasing change in climate and gasses produced from industries are said to affect astronomical observation. Scientists also evaluated the data for temperature, wind, and water vapour content in the atmosphere for decades. This showed that the increase in temperature rate is getting higher causing image blur which affects the ever normal viewing.

Climate Change May Have Very Little or no Effect on Astronomy

The climate on Earth is affected by the Sun. Sun goes under the solar cycle influencing the plants it surrounds. When in August 2020, a wildfire affected life in California and the buildings with telescopes also affected. However, the only effect it had on the view was due to some ash on the glass of the telescope showing that it does not have any major effect on the earth.

Over the years, scientists have found a lot of planets that are different in many ways from the earth. But nothing quite like the earth has been found yet. One planet resembled earth but it is light-years and light-years far. However, the planets that can be studied have given researchers a better understanding of our planet.

This is why astronomers are involved and have a say in the climate condition of the earth and its effect on us. Climate change and astronomy interact as the weather is highly affected by the internal crisis if not the climate and there are claims about the ozone layers depletion. Some scientists also claim that visibility is highly affected due to the increasing climate crisis on earth.

Now we will look at the climatic variability due to astronomical factors which are not under our control.

From the begging of the solar system which is believed about 4.6 billion years ago, the sun has been increasing its energy. With time the reactions taking place inside the sun has been creating more and more energy making the sun hotter. It is because of the inevitable evolution of the Sun. Recent calculations suggest that Sun’s heat has increased by 20-30%. This means that the temperature of the sun also has been increasing with time.

Change in the Composition of Atmosphere

Earth’s atmosphere is composed of various elements and it is also controlled by various factors that range from geological to biological. The amount of water vapour present in the atmosphere depends on the surface temperature as it increases the water vapour due to a large amount of water in the oceans. All the oxygen and carbon dioxide in the atmosphere is balanced due to photosynthesis and various other reasons. There is evidence that the composition of the atmosphere has varied with time. With the variation in composition, the climatic condition of the earth tends to vary.

Change in Orbital and Axis of Rotation of the Earth

Due to the gravitational pull of bigger heavenly bodies on earth and due to the Earth’s axis of rotation varies and changes the normal positioning of earth.

In about every 40,000 years the axis of rotation shifts 1-1.5 degrees. These variations result in seasonal changes and also the solar energy emitted on the Earth.

Regardless of these changes, they cannot be sufficient to cause an ice age or vaporize the water sources but it will affect the temperature of the planet.

The collision of asteroids on earth brings about catastrophic damages to earth from the atmosphere to the crust which will affect the climate. There have been pieces of evidence that such large bodies will affect the weather and the climate unchangeably. The asteroids collision can bring about changes in the internal temperature of the earth due to the collision and moving of all the bedrocks. The minerals from the asteroid will be immersed inside the land and will ultimately affect the water and its evaporation rate. This will ultimately change the temperature of the earth as a whole.

The Supernova explosions are violent events that destroy everything living behind only a gas of hot cloud called a nebula. The climate of the Earth can be affected by supernova explosion nearby by having effects on the ozone layer. The gamma rays and cosmic rays produced from such calamities will be depleting the ozone layer. A nearby explosion poses a threat of exposure to cosmic rays for about 100 years. This causes a biological threat as UV radiations will easily enter the earth’s atmosphere and also causes an increase in the temperature of the earth.

A lot of factors would play a role and many factors could act together for more and more degradation of the climate. There are however reasons to affect the climate of earth on a high scale. Some evolutionary effects and long-term changes in the composition of the atmosphere are affected by a collision with the asteroids. The large increase in the content of carbon dioxide in Earth’s atmosphere appears to be because of such asteroid collisions that have been enhancing the greenhouse effect. We will not be extinct with changes to the temperature as people adapt like the ones living in the equator and the Gulf countries face a lot of heat while the people living the pole reasons face a lot of colds. Climatic changes on a huge scale have been seen in Mars and other planets so this could mean that eminent changes in the climate are inevitable. 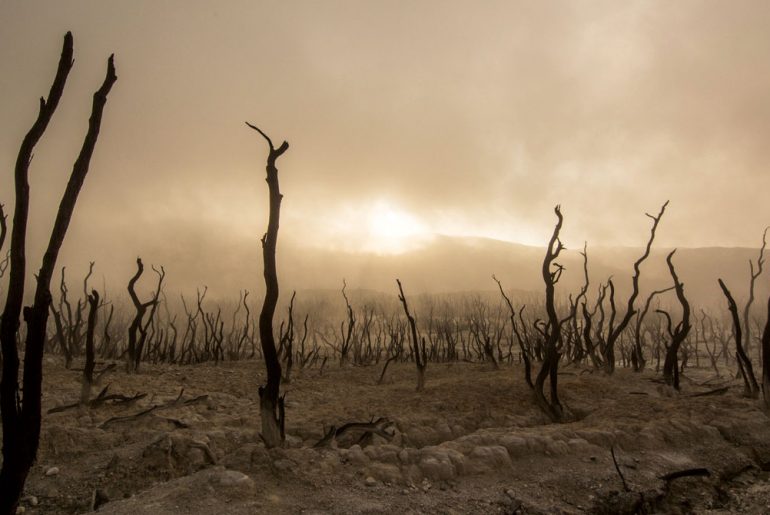 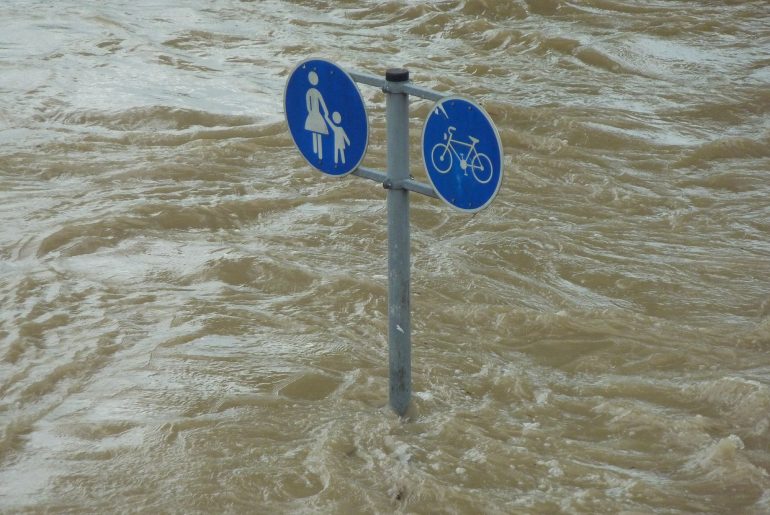 What can possibly make everyone realise that climate change is real ?