The shift in the Sun’s position on the horizon explained

Do you think the sun rises from the exact east and sets in the exact west every day? You might have noticed the shift in the Sun’s position on the horizon on a daily basis. 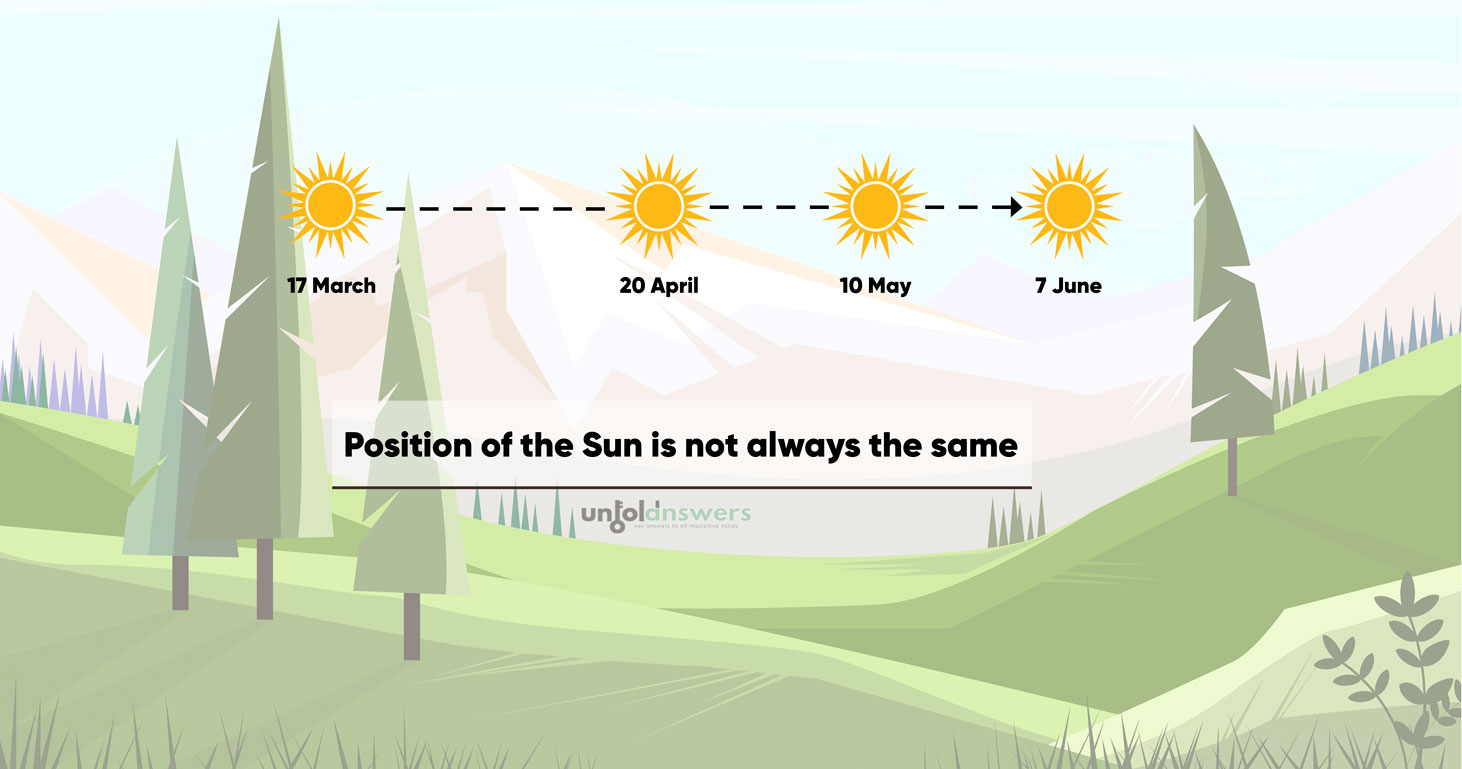 At least you might have observed that the Sun rises (or sets) from one point on the horizon during winter and from a different point during summer. For example, my room (which faces the north direction and I live in the northern hemisphere) receives no direct Sunlight during winter while it receives direct light from the setting Sun during summer.

This observation led me to do some research on this shift of the Sun’s path in the sky and I found some interesting facts.

Why is there a shift in the Sun’s position on the horizon?

The Earth – its position and motion

The Earth does not actually move in a circular path and its orbit is elliptical, with the Sun lying slightly away from the center. So, during some time of the year, it is closest to the Sun whereas it lies farthest some other time.

The plane of the Sun’s path in the sky (called the ecliptic), which is coplanar with Earth’s plane of revolution around the Sun is tilted with respect to the equatorial plane of Earth. This angle of tilt is about 23.5 degrees. This is the main reason for the shift in the sun’s position on the horizon.

The tilt along with the revolution results in the variation in the view of the Sun and also the change in the season. But the most important fact is that the Earth’s axis always points towards the same point (ignoring the chandler wobble for a short period of time). Due to this, the leftward tilt of the upper pole as in the figure is always leftward.

The tilt causes the rays of the Sun to fall on the surface making an angle of 23.5 degrees with the vertical during the solstice whereas vertically during equinoxes. The angle at which the light rays fall is responsible for the view of it.

So, here we conclude the shift in the Sun’s position on the horizon is due to the tilt of the Earth’s axis and its unidirectional orientation (though the orientation shifts by 0.7 arcseconds every 14 months and is considered negligible). It would not otherwise.

16 Interesting Facts about the Sun