Birds and aircraft are amazing because of their common attribute, flight. Why is flight amazing? It might have been formidable to humans at some point in time. But we humans did fly; today, millions of people fly in the air daily. 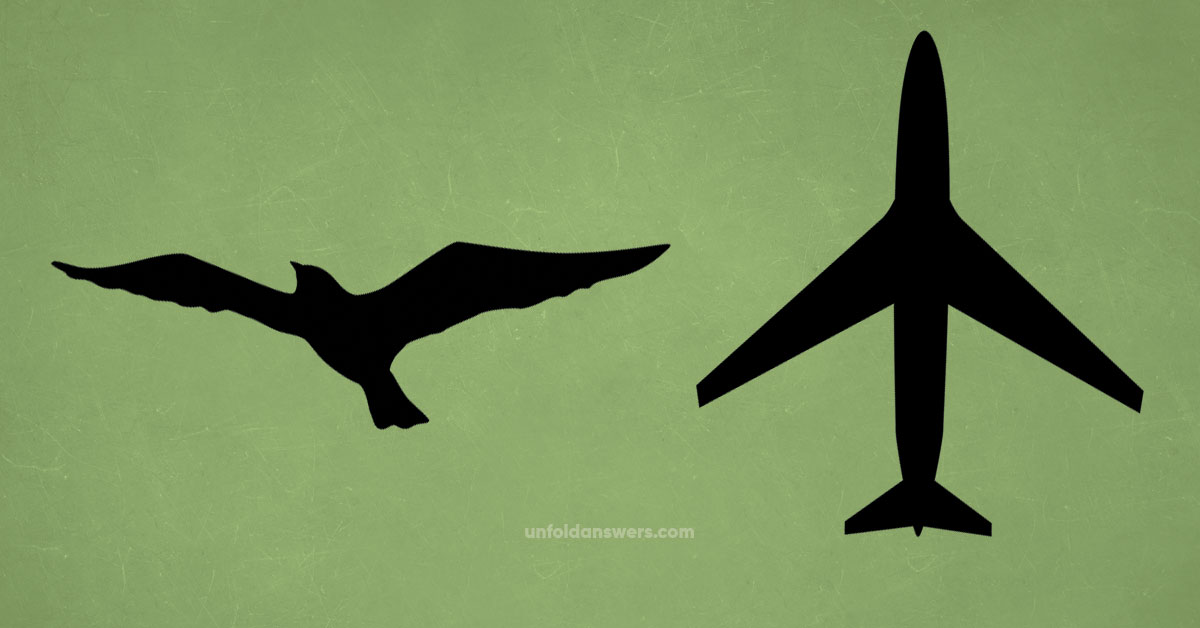 Similarities between birds and aircraft

Humans must have gained the inspiration of flight from birds since birds were the only living creatures (putting aside the insects) gifted with the skill of flight. The early day aircraft prototypes contained movable wings like birds. We can be much inclined toward this ‘bird-inspired airplane’ hypothesis even more by enlisting similarities between aircraft and birds. So here are 5 similarities between birds and aircraft.

Birds take off in various ways. Some birds run just before a flight to create an airlift (upward force), some flap their wings and some just jump off and glide. The flapping of their wings to swipe the air below as well as their speed during the run results in the pressure below the birds being higher and that above being lower. So, this creates an airlift that pushes the birds upward.

A similar kind of thing occurs in an aircraft. In a helicopter, the rotor pushes the air downwards as do the wings in a bird. Also in airplanes, the speed on the runway creates the pressure difference, which is responsible for creating the lift enough for flight. The structural design is actually more important for the lift.

2. The shape and structure

The structure of birds and aircraft is quite similar. Both have streamlined body structures which is necessary for flight. The body is made up of light materials in the case of aircraft whereas birds have light bones and feathers in their body.

There are various flight techniques that aircraft practice as the birds do. Both birds and winged aircraft can glide in the air for a longer distance. They can also use gliding as an energy-efficient mode. During gliding almost no energy is spent by birds whereas the aircraft also use minimum energy.

Also, the helicopters hover as different birds do. The diving technique used by birds is also used in airshows. Most of the flight techniques are adopted from the observation of birds as humans strive to outwit birds in flying.

4. Movement in the air

Aircraft use different movable parts in their wings and tails to maneuver or simply change direction so as to direct the movement like rudder, elevators,s, and ailerons. They control horizontal and vertical movement as well as tilting. Likewise, the tail of a bird is responsible for the maneuvers and the entire movement since both parts of birds are completely movable, unlike aircraft.

Aircraft and birds both gain or lose elevation with the variation of the drag force that acts downward and the lift force that acts upwards. The parts that control the movement are the things that enable them to create such variation finally enabling them to land as well as take off.

Both of them take control during the landing process by the use of their motion controllers. Birds usually generate resistance by flapping their wings while the aircraft moves the ailerons, and elevator and applies brakes.

Apart from these similarities, both are different in terms of many other things. Even we can sort many differences out in those above similarities when we scrutinize these two things more. Aircraft have evolved much from where they started. So, the early bird-inspired aircraft were more bird-like than these modern evolved aircraft that we observe today.

Also Read: Which one is safer between an airplane and a helicopter?