Space Colonization – Will We be Able to Live Somewhere Beyond Earth?

Human beings hate limitations. We deem to push the barriers further in time. 60 years before, the dream of human to go to space came to be true. Today a man-made probe is in the interstellar space beyond the solar system. 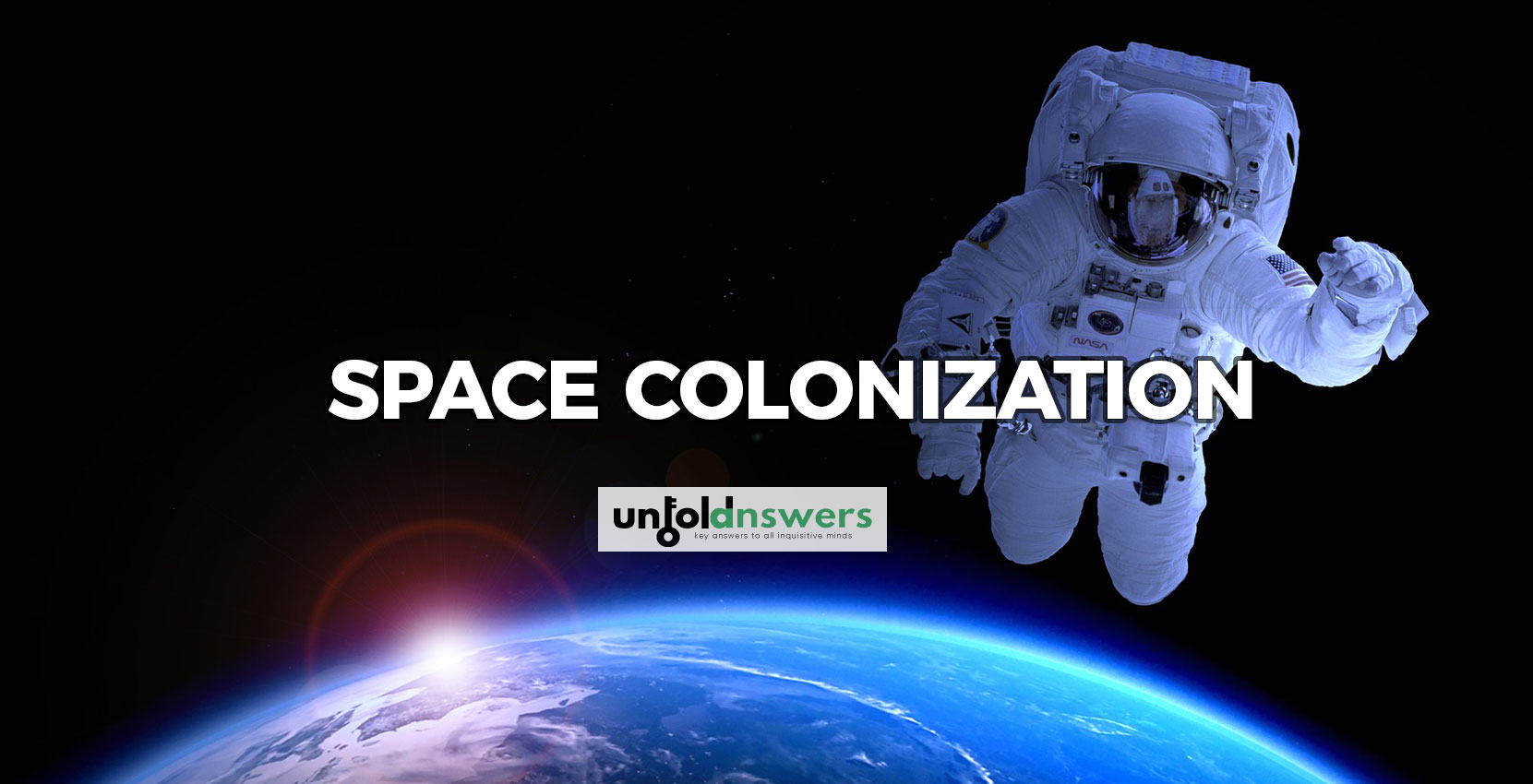 As time races on, the human dream has kept on advancing towards what was once thought impossible. Now, people dream of space colonization if a planetary scale destruction hits the Earth.

Space colonization means making a habitat for human beings away from the Earth. The colony can be in space or any planets or any moons. Colonizing in the extraterrestrial world requires a large sum of money and an ample amount of other resources. So, space colonization remains trapped inside the pages of fiction books and reveries of human minds to date.

Why to Colonize Space?

The dinosaur extinction hypothesis, as well as the development of mass destruction weapons, opens the possibility of planetary level destruction. So, the idea of space colonization does make sense.

There are more than 7 billion of people on earth right now. Although the growth rate is decreasing, there is no way we can say that the exploitation of resources is exponentially increasing prior to the growth of population. So, it is only a matter of time that the Earth becomes unlivable.

Apart from this, space colony will quench the thirst of human being to embrace the impossibles. At least, the competitiveness of different countries will definitely lead us to it. So, as we march forward in time, the quest for second home gets more prominent.

The Possible Colonies and Challenges Inbound

The initiation of space colonization can be challenging. The investment it requires is huge. So, it must begin somewhere closer to the Earth. This could minimize the cost. Also, resources transferring procedures can be relatively easier. Here is the list of places where we can start colonization.

If we were to initiate space colonization, space is the primary option. People have mastered reaching space. They have been flying to space for more than half a century. So, taking resources to the space won’t be a bigger problem.

But, space is gravity free. This can make works of making a sufficiently larger colony harder. Transporting larger objects to space and solving the jigsaw puzzle of making a station is challenging. But the development of lighter and tougher materials like graphene have kept our hopes high.

Moon is the closest celestial object to us. After space, moon is the second place in the extraterrestrial world where people have been. This makes the moon a good candidate for our second home.

Moon has a gravitational force six times weaker than Earth. Also, the distance from Sun to Earth and Sun to the moon is not much different. So, we can adapt well. Building a colony gets relatively easier when we build it on a landmass.

Moon does not have mineral resources. It would be a lot easier if we could mine at the moon to manufacture things. Again carrying materials to build an entire colony to distant places such as the moon is not affordable. We can have better options.

Mars is the fourth planet in the solar system. One day in mars is nearly equal to that of Earth. The revolution period is twice that of Earth. It has a carbon dioxide-rich atmosphere and mineral-rich surface. Till now many orbiters and some rovers have reached and studied the surface of Mars. We might be able to live on mars someday.

Though mars is farther, it is rich in minerals. We can extract the minerals from martian soil to manufacture metals and colonize it. The atmosphere is rich in carbon dioxide. So, we can manage to produce oxygen from carbon dioxide for breathing purposes.

Colonizing mars can be a lot reasonable than other places in my view. We cannot supply everything to the colony. It must have resources of its own and martian land has most of the resources.

Titan is the second-largest moon in the solar system after Jupiter’s Ganymede. It has a dense atmosphere. The season change also occurs as Earth due to the methane cycle. Present study predicts the presence of ammonia-rich water beneath the surface of Titan.

It is distant but it is more Earthly celestial body compared to others. Moving as far as Titan and colonizing is very challenging. Due to the dense atmosphere, Cassini, NASA spacecraft couldn’t probe the surface well. So, the resourcefulness of this moon is still obscure. But, the surface of Saturn can provide an ample amount of resources if we are to improvise.

So, do you think you can live somewhere beyond Earth? I think with the advancement of science and technology, we might make a space town in a space ship or a city on Mars someday. We just got to have patience and carry on the hard work.