The theory of relativity is popular among people, not as much as Einstein himself but still popular than his any other theory. May be Einstein’s relativity is the most popular theory in the world. Despite the term being so popular, its understanding is limited to a group of physicists only. I’ll try to explain it as simply as I can.

“Everything should be made as simple as possible but not simpler.” – Albert Einstein

The theory of relativity simplified

The theory of relativity describes how the state of our observation changes our view of the Universe. It explains the effect of relative motion between the observer and the observed in spacetime, for a force-free system (non-accelerating). Finally, it interprets motion under the influence of gravitation (force), describing the gravitation geometrically. It sounds difficult but not for so long.

There are two theories of relativity as follows.

STR was proposed by Einstein in 1905. It has two postulates.

No matter you are in a constantly moving bus or just sitting at rest in a bus stand, the laws of physics that apply to you and your surrounding is same; here the laws are applied to coin you flipped, so it falls on your hand likewise. The laws do not change relative to the motion. Another thing we can conclude is motion is a relative term, since you were in motion viewing from outside (one frame of reference) and at rest viewing from inside (another frame of reference) of the bus.

This is because, on the bus, the whole system (you, people inside the bus, driver, seats, the coin, everything associated with the bus) is moving with the speed of the bus. So relative to the coin, you are at rest as before and the coin acts as before. Hence, the physical laws do not vary in the inertial (non-accelerating) frame of reference.

Now let’s look at a larger picture. The rotational speed at the equator of our Earth is 1,674.4 km/hr (1040.5 mph), its speed around the Sun is 107,208 km/hr (66,616 mph) and its speed along with Solar system around Galactic centre of our Galaxy is 828,000 km/hr (514,509.4 mph). Everything in this universe is in motion. This constant motion has no effect in physical laws, this is the theme of relativity. The physical laws are the same since neither Earth nor our solar system is accelerating.

2. The speed of light in a vacuum is constant in all frames of reference.

As we use these two postulates and do a little math, we can prove that your clock slows down (time dilation), mass increases and length contracts as your speed increases. So mass, length and time are relative i.e the change in speed can bring about change in these quantities. (time dilation/length contraction)

The variable form of time introduced the concept of negative time (past) and positive time (future). Finally, time became the fourth dimension including the other three spatial dimensions (along length, breadth, and height in a rectangular coordinate) used to define the position of a matter in the spacetime continuum.

The General Theory of Relativity (GTR)

GTR, proposed in 1915, is a generalization of STR in non – inertial (accelerating) frame of reference. Force comes with the presence of acceleration and hence it describes the action of force in the spacetime continuum.

This theory was the manifestation of equivalence principle due to which if you accelerate in space on a spaceship with acceleration 9.8 m/s^2, you will feel the same force as if you are on Earth since the gravitation of Earth provides same acceleration. This implies that your inertial mass will be equal to gravitational mass. This means the experience of force on an object does not depend upon the shape of the object exerting force.

GTR is rather geometric and mathematical. It has been verified by phenomena such as bending of light while passing massive objects, the precession of orbits of mercury, etc.

The theory of relativity is just amazing. Can you simply believe that we can get massive as our speed increases and Gravitation is due to the curvature of spacetime? You have to, the truth cannot be much finer than this!

“The magic of this theory will hardly fail to impose itself on anybody who has truly understood it.” – Albert Einstein 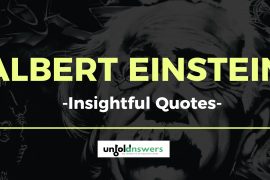 Some insightful quotes from Albert Einstein 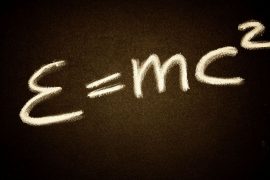 E=mc2 – Insight to the most popular formula in Physics