We are made up of atoms which are 99.99% empty space. That makes us the same but isn’t it absurd that we don’t see through ourselves even though we are almost empty spaces? 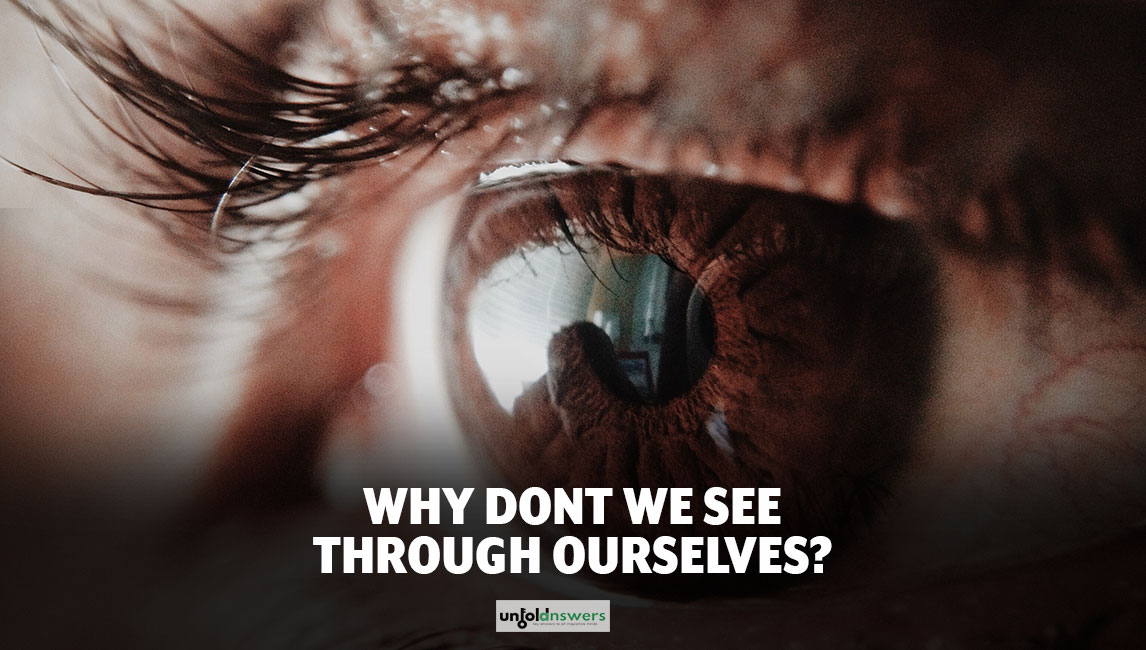 Atom makes up almost everything, we are also made up of atoms. It may sound preposterous that the thing that makes up everything is 99.99% empty space but it is a fact. In 1909, Ernest Rutherford’s team at the University of Manchester worked on an experiment in which they projected alpha particles (positively charged particles/helium nuclei) on a gold foil. Almost every alpha particles passed it as if there was nothing at all, making an exception for 1 in 10,000 or so. So, Rutherford and his team concluded that atoms are almost empty spaces with a highly concentrated dense mass called the nucleus.

We are made up of those same atoms which are almost empty spaces. This makes us just empty spaces as atoms are. I hope the people who say they need spaces to realize this fact.

But why don’t we see through ourselves?

Let’s start with a question first, what do we see? We actually see the visible light reflected from objects. When light falls on an object, it can be reflected, absorbed, and transmitted. So, visible light needs to pass through objects, transmit, for us to see through it. This phenomenon is wavelength dependent.

The visible light has a wavelength in the order of 10 millionth fraction of a meter, whereas atomic size and inter-atomic spacing are nearly in the order of 10 to 100 billionth and 10 billionth fraction of a meter respectively. But the energy differences between two electronic states in an atom may correspond to such wavelength. Hence, radiation can be absorbed by electrons and re-emitted (reflected) in the form of visible light. In such a way, light interacts with the electrons on the surface and we see the reflected light as colour of the object.

However, some objects are transparent due to their ability to transfer energy given by radiation without absorbing them. We would also be transparent if the living cells which makes us could transmit radiation in such fashion.

Why do we appear solid to touch?

Seeing is completely related to radiation, so we don’t see through ourselves though atoms that make us are 99.99% empty space. But, we must have been able to feel that there is nothing when we touch things made of atoms, don’t we? Why things appear so solid to touch even they are made from atoms with 99.99% empty spaces?

Atoms are combined with a huge inter-atomic force, in order to form any substance. These forces prohibit us to separate them or get through them. Even a thin substance has a large number of atomic layers so that it becomes impossible to penetrate through and we feel the blockade.

Lets elaborate it, atoms have electrons as their outermost portion. In metals, there is a sea of valence electrons, while in other substances the combined influence of atomic nuclei gives rise to different electronic states of valence electrons. Whatever may be the case, the electrons form an outer layer of everything.

Electrons can generate an electromagnetic force which is 10 to the power 43 times greater than the gravitational force between them. This is a colossal force even though gravitational force between electrons is negligible. So when we touch something, the electrons in contact generate such repulsive force. We can actually feel the pressure of touch. So, despite the emptiness of atoms, the electrons generate repulsive force so that we can feel as we touch them.

We are large compared to an atom but what if something of dimensions comparable to atomic nuclei is used to probe any solid substance? Like Rutherford’s team’s experiment, the atomic nuclei will pass through as if there is nothing. But, the substance which is to be probed must be very thin to get such results. If it is thick, the electromagnetic forces become high so that the probing nuclei cannot pass through it.