Everything You Need to Know About the Black hole

Blackhole is one of the greatest marvels of the Universe. It is not just literally black but the lack of its understanding makes it even blacker. It is the blackest thing in the Universe that has been encountered by a human being. 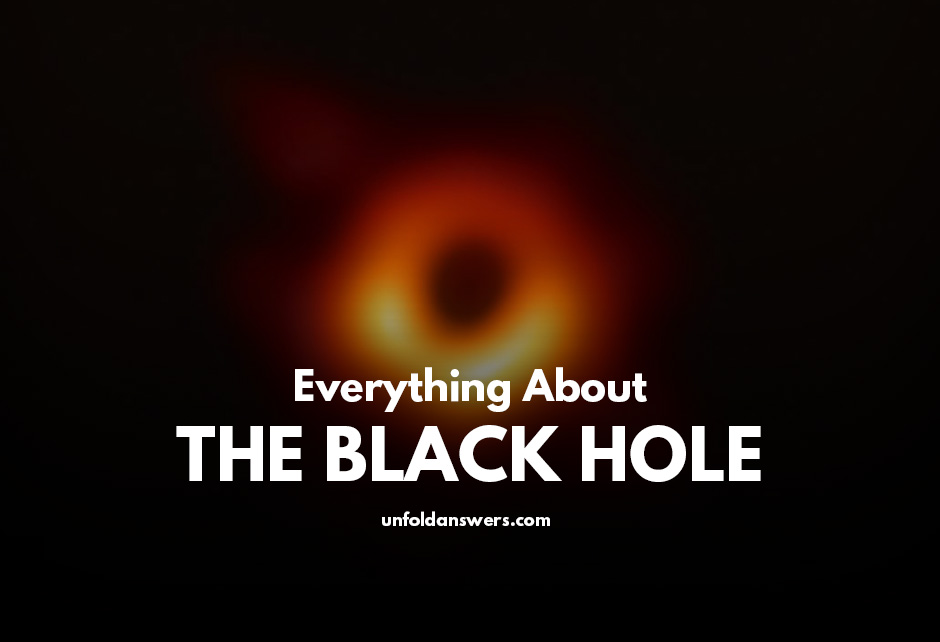 The concept of a black object which forbids light to escape from it was first developed from Newton’s classical physics. The idea of such a black body, supermassive objects with large gravitational force was given by John Michell in 1784 with the help of the simplistic classical approach (this approach will be discussed later). They were simply called a dark star.

Meanwhile, the existence of super dense black hole came to be as general relativity advanced in modern science. The general theory of relativity, a theory developed by Albert Einstein in 1915 in the form of equations called Einstein field equations redefined gravitation and gave the idea that light is also affected by gravitation. A few months later, Karl Schwarzschild solved these field equations and described the nature of the gravitational field around a point mass and spherical objects.

Schwarzschild’s solutions were finite only for the value of radius greater than a constant value, now called Schwarzschild radius. Below that value, there was no solution, meaning the spacetime could not be defined within such a case. But, for anything to have radius below Schwarzschild radius, it must be super dense.

The study of Subrahmanyam Chandrasekhar gave an idea of the collapse of dying stars into super-dense forms as neutron stars. Later Robert Oppenheimer and George Volkoff used Richard Chace Tolman works to deduce that the stars can further collapse into much denser masses if it is much massive. These dense forms could surpass the Schwarzschild radius and hence could result in points of singularity in spacetime, later called black holes.

What is a black hole?

The Blackhole is a hole in spacetime. Such a hole means a region of discontinuity in spacetime, meaning its a point where there is no spacetime at all. This region in spacetime can be formed by the gravitational collapse of dying star to a size smaller than Schwarzschild radius. This could create such a strong force field that even light cannot escape through it and it appears black.

From the classical Newtonian point of view, we know that Earth has gravitational force, it is pulling everything towards itself. To escape from Earth, anything must have velocity equal to 11.2 kilometres per second. This gravitational force is mass-dependent, massive the object – greater the force. For greater force, escape velocity must be greater.

As the mass increases, for a mass, the escape velocity exceeds the velocity of light, 300,000 Kilometres per second. For this to happen, a body with a density as much as of Sun must have a radius 500 times greater than it. When light cannot escape through it, it appears dark.

How Much Can We Know About the Black Hole?

Maybe its something of higher dimension so that we can access infinite time and space or maybe it opens a way to the other parallel Universe, who knows? There is no way one can know those things at all. But still, we can study things around it to know its strength, size and effect.

You might have heard that black holes radiate energy but this radiation happens in the outermost part that lies outside black hole, called the event horizon. Honestly, there is nothing coming out of that super dense singularity that a black hole is.

So, observing itself is a problem. Perhaps, we can squeeze matter below its Schwarzschild radius and make a black hole in the laboratory and study more in future. But now, we can just know that it is there but nothing more. Indeed black hole is much black to understand than it is to look at.