What Happens When You Travel at the Speed of Light?

Will the world look the same if you travel at the speed of light? We see this material world as light coming from the material gets into our eyes. So, what happens when we are running away with the same speed that the light is coming to our eyes? 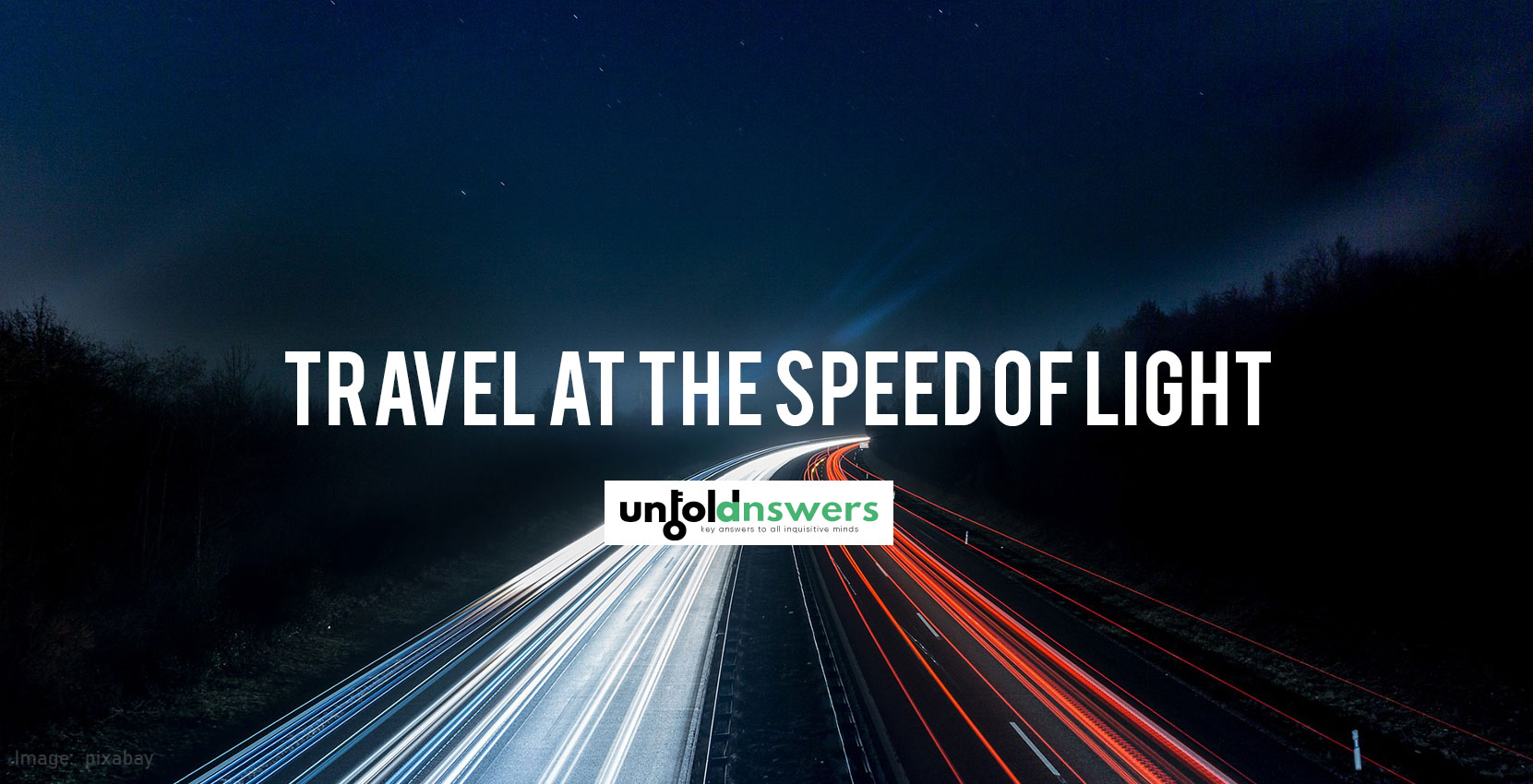 From our conventional view, the light shall never reach us and we won’t be able to see the object, isn’t it? What if we are approaching the object from which light is coming? It is too hard to comprehend. But there are movies which show the observation made by travelling as fast as the speed of light. The most realistic view can be deduced by analyzing the special theory of relativity.

When You Travel at The Speed of Light

The complications arise because our observations depend upon our velocity. The space-time continuum can contract or expand as per the velocity. We can be sure about one thing, the picture of everything seems different. A stationary observer can observe the one moving at the speed of light shorter.

Relative Variation of Observation Due to Speed

The increase in our speed makes us see things differently. According to the Lorentz’s transformation, there is variation in the observation according to speed.

The time runs slower and length contracts for the one who is speeding. For the one speeding nearly at the speed of light, this effect becomes more significant.

The squared ratio of velocity of the object to the velocity of light in vacuum determines the extent of this effect to be observable. This means that the velocity should be nearly equal to light to make a vast difference in length, mass and time.

The Mathematical Aspects of Travel at the Speed of Light

If we look mathematically, the picture is far more agitated and further difficult to comprehend. The observation is actually observer-dependent. So, if an observer at rest sees one travelling at the speed of light, its length is mathematically zero. The mass is mathematically infinite and a second takes infinitely long time.

Beyond the Speed of Light

The mathematical formulas pose a limitation to the extent of our speed. Since mathematics results infinities after infinities beyond the speed of light, it is not convincing. The experimental results considering the velocity of light constant is satisfactory. This might have established this theory firmly. But, we need greater detail.

Though particles as electrons have been accelerated nearly at the speed of light, we haven’t yet reached the speed of light. May be its due to the enormous mass it gains as the speed increases. The increasing mass always makes acceleration difficult. Time and often we have heard particles travelling faster than light but they came out to be an outcome of flaws in our observation.

Our observation completely relies on the electromagnetic radiations. Maybe this might have made us unable to realize speed greater than those radiations which define our world. The void beyond the speed of light needs something beyond our senses to be revealed.