What is fire? – The state and content of fire explained

Fire is the key to progress. If it had not been for fire, we would not have reached this point of technological progress. The age of fire has a great mark in human history. Have you ever wondered what is fire? 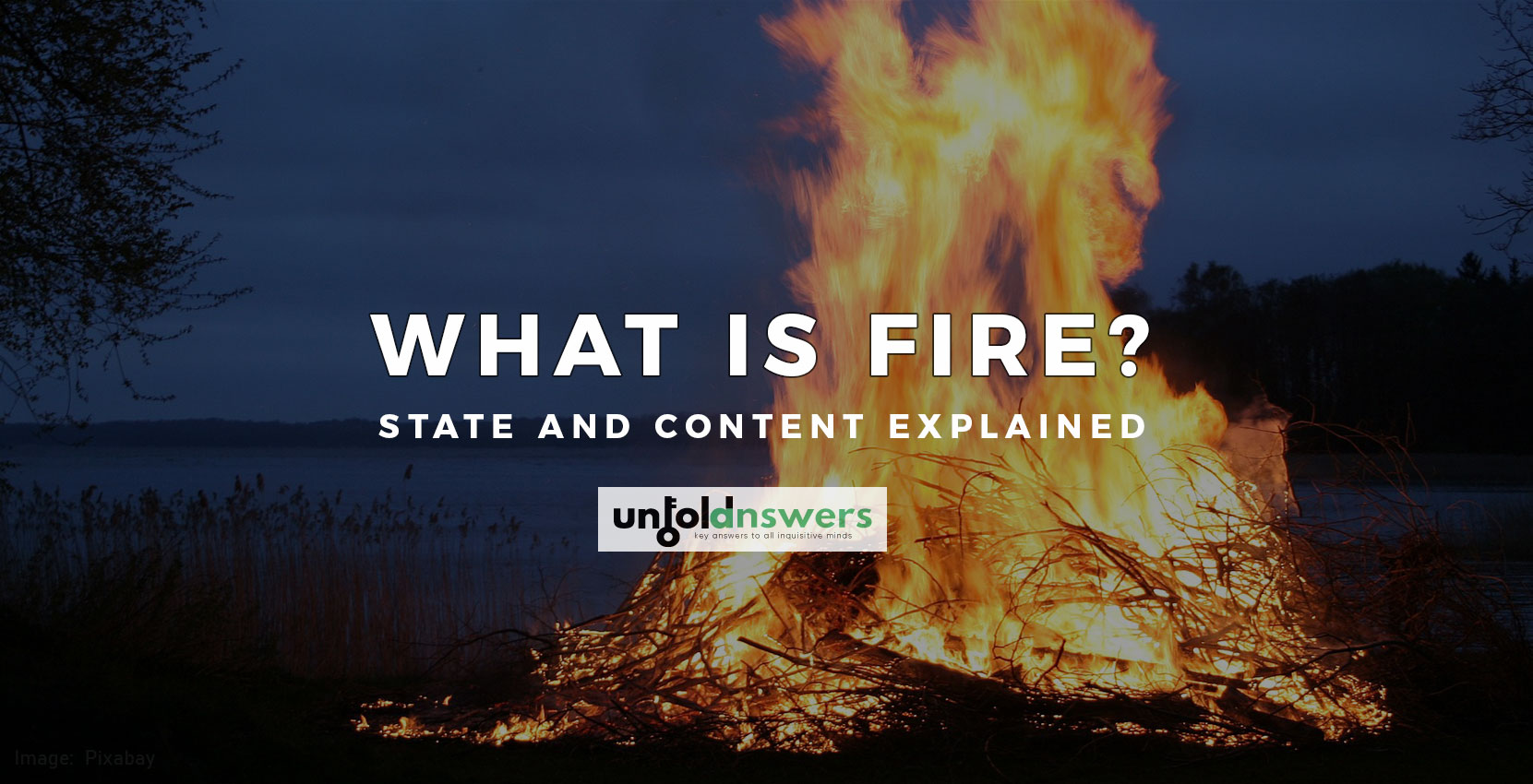 Fire is the combustion resulted due to the rapid oxidation of materials. Suppose you light the lighter, it ignites the gas and creates fire. In this case, fire is created by the oxidation of the fuel (butane or propane) inside the lighter to give carbon dioxide. The different colours of fire or temperature are resulted from the variation in the materials that is burnt. Before getting to know fire better and have a detailed answer to the question what is fire, let us go through the history.

Fire was a well-known thing for the earliest of human beings as well as animals as there was an abundance of fire from the birth of our home, Earth. The forest fire, volcanoes and other natural fire had a great impact on lives in the antiquity. The need for control over it followed by the damage it brought.

Perhaps the control over fire was achieved by early human beings as they fought with fire for survival. The victory over the fire brought by survival instinct has now enslaved fire for useful purpose. Satisfying the preliminary purpose of need of warmth and cooking food, the human ability to learn and understand fire has enabled us to explore the interstellar today.

As per the understanding engraved in us from the past, fire is regarded as flames. I cannot agree less as it is pictured as flames. So, coming from the past with little addition of science, it can be defined as the combination of flames produced by the rapid oxidation of materials. Fire can be explained on the basis of its state, colour and shape.

Fire is a chemical reaction, a combustion in fact. This means that fire is just gases or liquid or solid reacting with some other matter in a vigorous fashion. The reaction can result in the production of products, smoke which is different from fire.

Smoke is a mixture of gases and fire is the combustion of materials. The bonds between atoms break during the chemical reaction giving out ions. These ions combine to form new compounds, smoke.

The reaction is highly exothermic (produces a very high amount of heat) and ionized gases remain in such state for a longer time. This ionized gaseous state is called a plasma state.

Every fire is not completely in plasma state since it is a chemical reaction of materials. This helps us to infer that the state of flame is gaseous as well as plasma but fire is a combustion reaction which can be carried on in all states of matter.

Fire, as a flame we refer visually can be of various colours. The coloured light originate from the electronic transition in the gas atom from a higher level to lower level.

It covers the whole visible, some infrared and some UV spectrum i.e. a variety of coloured light can be originated from fire with the same electronic mechanism. Some common colours of fire are blue, red, white and yellow.

We can say that the colour is content dependent too. Specific contents on ignition can result in flames of colour corresponding to higher energy in the electromagnetic spectrum (generally blue).

Fire is just a vigorous combustion reaction, so there is no definite shape that it bears. The visual representation of fire, flame, is pointed towards the tip. This is an effect of gravitation.

Gravitation limits the molecules to the top of the fire so that it is pointed upwards. The gases are continually affected by wind, which results in fire to swing and change its shape.

Thus the shape of fire is not firm in earthly conditions of wind and gravitation. If there is no gravitation, the ignition can result in flames that are not pointed as seen on the Earth. So, fire can be considered shapeless.

The above explanation can make us conclude that fire is a vigorous combustion reaction which releases coloured as well as other radiation. It has played a great role in the development of human beings till date and our civilization would not sustain without fire. Fire is life, it is energy.