Before knowing the reasons behind the occurrence of the earthquake we need to know about tectonic plates and fault lines.

Fault lines are huge cracks or fractures on the earth’s surface where massive chunks of rocks on each side skid past each other.  These cracks are usually underneath the earth surface.  Tectonic plates are those massive chunks of rocks. There are 12 major tectonic plates in the earth’s crust and those regions that lie near or around these fault lines are in a maximum danger of earthquakes. 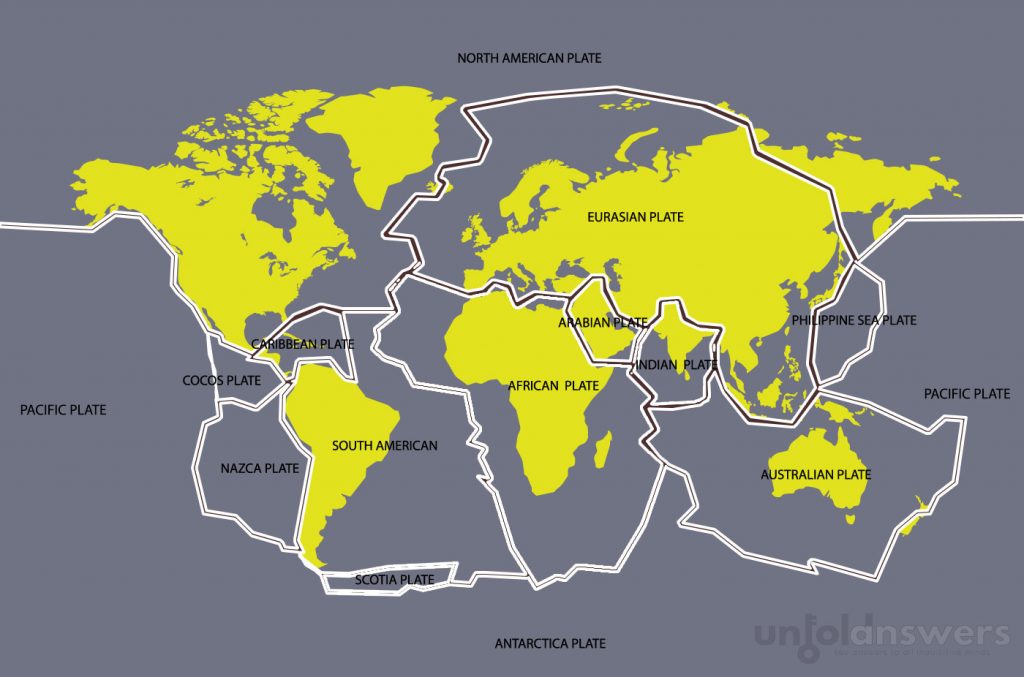 Below this overlapping and adjacently placed rocks lies the superheated magma that is constantly shifting.

Rocks underground slide against each other along the fault line. The sliding does not happen smoothly, there is a certain resisting force that is against the direction of movement.

So what triggers the Earthquake? What makes the earth move?

After a certain period of this tussle between rock layers, a good amount of pressure is built. Its when the built-up pressure is more than the resisting force the rocks break and releases a significant amount of energy which is propagated to hundreds of miles which is when the earthquake happens.

There have been researches and studies that interestingly suggests that our continents were never the same as they are today, meaning: they have always been moving. One tragic story of a German meteorologist who actually went beyond limits to study and prove that the continents have been moving is well explained in the video below.