Artificial Intelligence (AI) can be scary, that is what the movies show us. Something so precise, monotonous and goal-oriented, something that does not show any biases, something that is free from human prejudice, AI may better this world actually.

So, with the purpose of making the world better, AI could take over the world from humans and keep humanity aside, that is the most dreaded thing of all. AI would certainly make a great villain in movies, don’t they?

However, time will decide whether we will be able to develop such human like intelligence artificially. But, we may be wrong to think that artificial intelligence must be as of ours, it may come in different flavours, there is no compulsion for it to be like human intelligence at all.

It may be a developed version of the intelligence that machines are using today. Such intelligence does have several bright sides that have helped human beings to reach their perch.

5 Benefits of Artificial Intelligence During the Time of Crisis

The world is never free of problems. A crisis may be financial or medical or extraterrestrial, it always surprises us. In those times, panic can agitate the human mind and intensify the problem.

If there’s something which can handle these situations better, it’s AI. It can take charge of those moments and bring order in such time of crisis and chaos. Here are a few things what AI can do in time of crisis.

The information has been the most powerful asset of the modern world. People can be manipulated by the regulation of information. If you control information flowing in social media and internet, you are controlling 40% of the total population if not all of that 55 % of people of the world who have access to the internet, nearly 3 billion people worldwide.

Internet is a network of networks in which information is fed by various organizations and persons, which is accessible to anyone. Nowadays, people spend most of their time on the internet and information-based networks are thriving.

In these times it is likely that people may get misled by the information they get. The kind of information a person can is likely to access can be customized by AI and hence we can lead people’s mentality for the betterment of the world.

People may argue that it is against a person’s right to information but if the authority won’t do this, someone else will and it would make people suffer. Also, the AI won’t be restricting the freedom of choice, it will be giving people numerous choices.

If steak is likely to cause some viral infections, the government can ban the selling of steak and put numerous of protein-rich food choices for the public, can’t they?

With enhanced AI, it can check all the information in the database in a fraction of seconds and feed customized suggestions of information that people may want to know. This has not been so effective but is already in action in various social sites. The google ad sense can generate advertisements on the basis of your search history and clicks.

2. Give Company to People

Artificial Intelligence can give people company in times of loneliness. During the time of crisis, you may be depressed and you may want to talk to people who can comfort you. I bet your phone can talk with you and is interactive.

But, it is not so interactive as your friends, is it? No, it isn’t but this is just the beginning of artificial intelligence. In years to come, these voice assistants like Siri, Ok Google, Cortana, Alexa, etc. can be as interactive as humans.

Today, you can talk with your computer on the internet and comfort yourself. But, someday it can even provide psychological counselling to people. The front line of technology is so close to bringing such mad fantasies of human to life. The faster processing quantum processors can aid the development of these conversational machines even more.

3. Work on Behalf of People

Machine-based manufacturing is already popular these days because machines are precise and make fewer mistakes than people. Machines can be a lot more efficient in work than people. Right now these machines are inspected and maintained by people but with the improvement of artificial intelligence, it can do a lot of works without the support of people.

Human beings have limitations. We get tired. Despite having no sentiments, AI is goal-oriented and focused on execution and completion of tasks. It has a great problem-solving ability, the world would not have reached this position without the help of computers, would it?

Quick problem solving is a great advantage that computers can have over human beings. AI can run complex simulations when required and analyze situations by calculations.

Finally, it can help people to take necessary precautions during a crisis. It does not only help to tackle the problem but also eliminate the chance of problem by predicting it, the problems may be evolved by then but still, AI is great for solutions.

AI has access to all the existing information. So, they have a better perspective of any situation, they can observe a situation from numerous viewpoints at a time. With the development of such systems, the errors which are not identified by human beings can be easily identified by AI and can be minimized.

For example, if you want to develop a vaccine against some disease, AI can execute numerous trials without even using a real living being. This can do a lot in disease control, optimization and drug delivery.

People are doing a lot of risky jobs. What are the risky ones are taken over by machines? The development of artificial intelligence can reduce such risk by introduction of AI in the front line of such risky jobs.

AI can be repaired unlike the delicacies of human beings. This will help people to leave risky jobs and focus on less risky and important ones like limiting artificial intelligence to some extent.

Limitation of knowledge is necessary. For this, human beings should work out and try to have control over AI. A slight mistake can make AI take the world from human beings. So, the development of AI requiring human support can lead us to a better world. 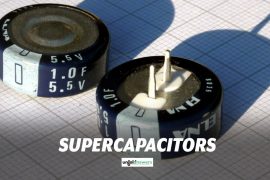 Supercapacitors – Device That Can Reduce Charging Time to Minutes 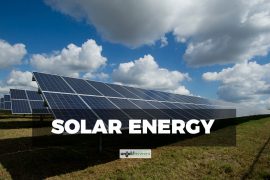 Can Solar Energy, the Ultimate Source of Energy Replace Petroleum?