Insight to Quantum computing and Qubits

Quantum computing is the computing process which is based completely upon quantum laws and is carried out by quantum phenomena. Despite our lack of complete control over the quantum phenomena, this thing has created a great fuss in modern community. 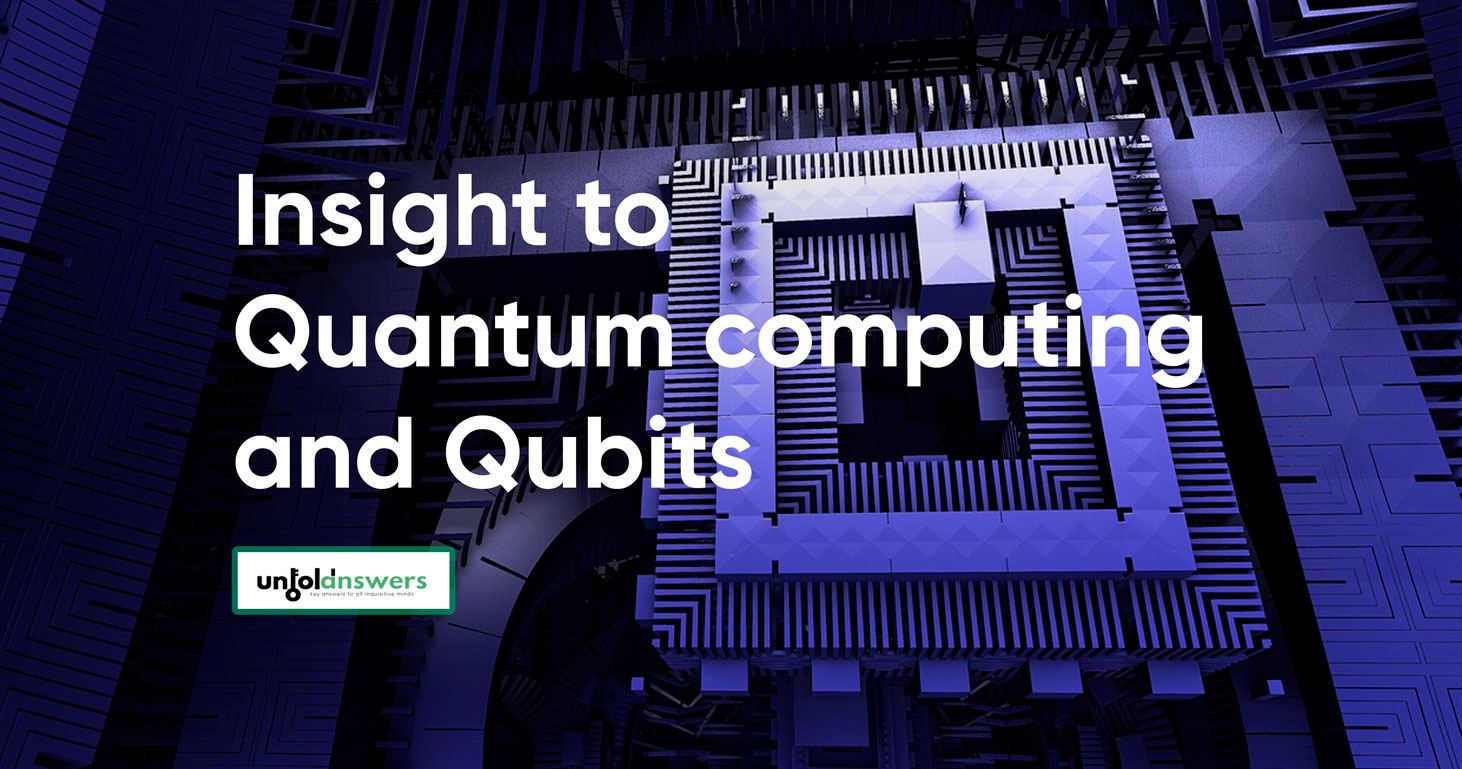 In this article, I attempt to provide an insight to quantum computing starting from computing, leaving the practicality aside.

Modern computers compute or evaluate on the basis of bits – binary + digits, a two-dimensional logic and the device they use is transistor (a small switching device). These bits have two states either ‘0’ or ‘1’ corresponding to off or on state of a transistor.

To carry out a computation, let’s say adding 2 and 3, they are converted to binary at first. 2 is 10 and 3 is 11, the combination of two transistors with on/off state and an – on state. Then the adder circuit gives the result in binary  (101) which is converted to a decimal number (5).

Modern processors consist of transistors of size as small as 7 nanometers (billionth fraction of a meter). As the transistor gets thinner, the current can even flow in the off state by a phenomenon called quantum tunneling. So, the off and on state cannot be separated and the base of modern computing collapses.

This has posed a limitation on the size and hence the processing ability of the transistor-based devices that we use in our daily life.

Apart from this, at such a small level, the quantum properties become dominant over the classical ones. It might introduce different anomalies that obstruct the functioning of a device based on classical laws.

So, it would be rather advantageous to make use of quantum phenomena in the quantum realm i.e. using a device that works under quantum laws in the quantum level, despite the use of the classical logical devices.

This could solve the problem of miniaturization. Further, a closer look at the quantum properties such as superposition yields processing faster as well as powerful than the classical one.

What is quantum computing?

Quantum computing is the computing process which is completely based upon quantum mechanical phenomena called superposition of quantum states and the entanglement of these states. Unlike modern computers which use bits, they use qubits as input and output for executing mathematical or logical operations.

Superposition state is like a limbo state. If we consider the superposition of bits, it means neither 1 nor 0 but an intermediate state between two. However, as you measure, either you’ll get 1 or 0. You might get 1 once and 0 next time.

For processing, it can use quantum gates. These gates or simply operator carry out the operations which alters the probability and also generates outcomes. The observations can be carried out numerous times and the probability distribution of outcomes can be obtained.

Since states occur simultaneously as a superposition, it can evaluate many possibilities at once. Classical computer checks every possibility individually to give the result. So, this can make computing faster.

Qubit is a short form of Quantum – binary – digit. This means two possible states associated with a quantum entity. For instance, it can be an intrinsic spin of an electron or polarization of a photon.

Spin is either up or down. Polarization is either vertical or horizontal. These two states can be treated as 0 and 1 in either case. Then the operations can be carried out as stated above.

Quantum computing requires just 2 qubits as compared to 4 bits for providing input to above addition operation, 2 + 3. Since it works under superposition of states, lesser qubits produce more number of combinations. 10 qubits can hold 1000 combinations together.

The qubits can hold a lot of probabilities together simultaneously. Also, the qubits communicate instantaneously through entanglement. This can lead to superiority in terms of speed as well as the storage of information can be aided.

Qutrit is abbreviation of Quantum – Tri-state – digit. This refers to three states (observable quantity) associated to a quantum entity. This is a little bit extraordinary than usual modern digital units since it uses a superposition of three quantum states rather than two as of qubit.

Logical operations have two outcomes basically. So, the use of this type of three state system can be in a different kind of logic or elsewhere than quantum computing. (Quantum teleportation in high dimensions)