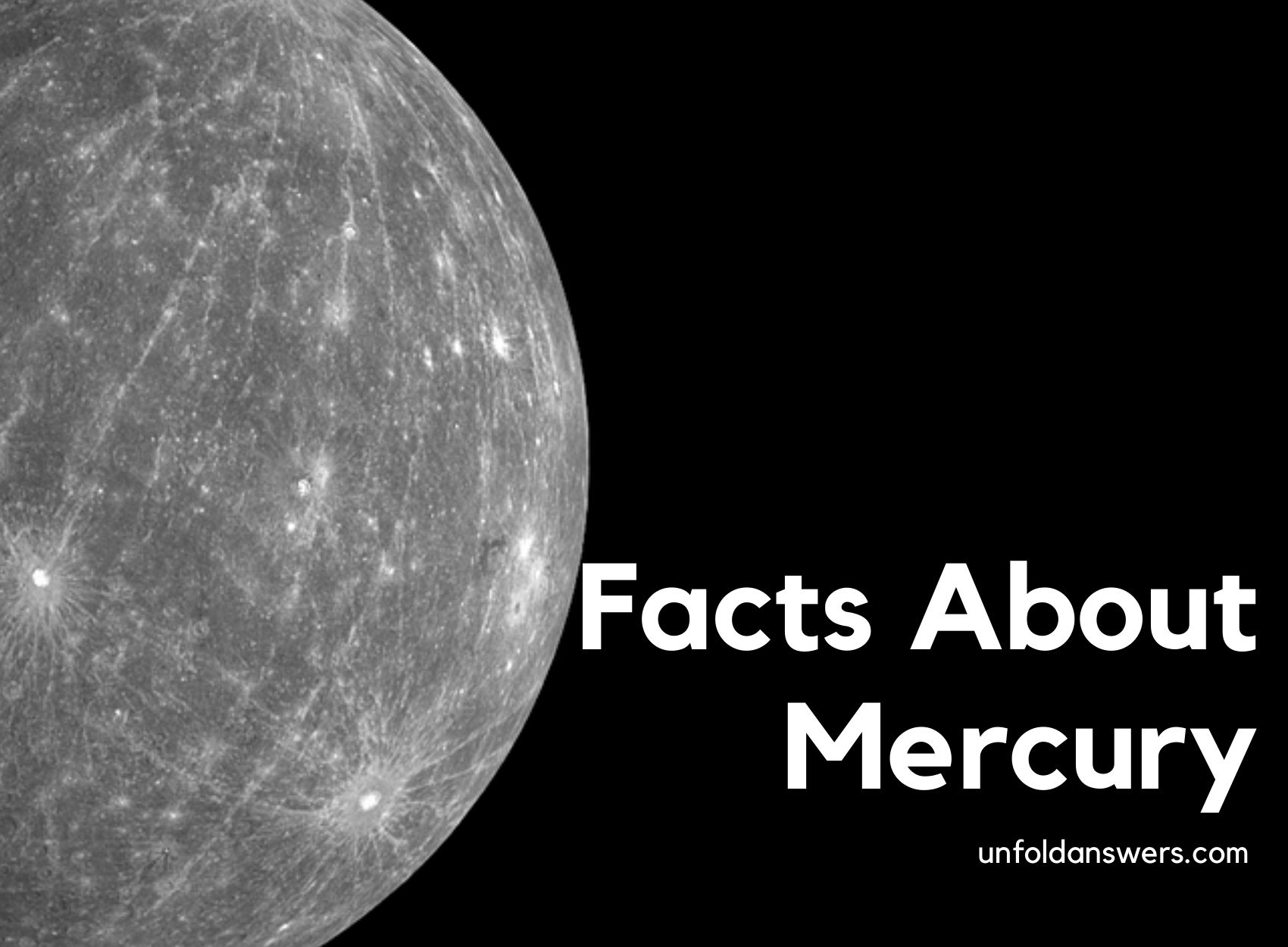 Although the exact date of Mercury’s discovery is not known, it is one of the planets visible by the naked eye and was first observed by Galileo Galilei in the seventeenth century.

Mercury, being the closest to the sun receives a massive amount of heat. However, the temperature of mercury can go extremely low during the night reason being the lack of atmosphere. Temperature can go as high as 450 degrees Celsius (840 F) and as low as -170 degrees Celsius (-275 F). This fluctuation in temperature is the largest among any planet in the solar system. Also, Mercury receives Sun rays which are 7 times stronger than rays received by Earth.

It’s also the reason for such huge temperature fluctuations. Mercury would have been the hottest planet if it had a decent atmosphere to regulate the heat. However, there’s a very thin layer of atmosphere around Mercury which is constantly being replenished.

Since Pluto is not considered a planet by the International Astronomical Union in 2006, Mercury has been declared the smallest planet in the solar system. The Diameter of Mercury is about 3,030 miles (4876 km).

That is the approximate length of the US east to west and only slightly bigger than our Moon. Ganymede, the largest moon is only 8 percent larger than Mercury.

The surface of Mercury is similar to the surface of the Moon. There are many craters formed due to heavy bombardment from the Sun in the early life of the planet. The size of the craters ranges anywhere from 100 meters to 1000 kilometers with a depth of up to 3 kilometers.

Mercury also has shallow and irregular depressions unique to the planet. Also, there are some younger craters formed which show that Mercury’s surface is still evolving as there’s no wind or rain supporting the change.

Mercury has an iron core which comprises 42% in volume. As the iron core cools down, the surface contracts and wrinkles are formed. It’s said that Mercury has shriveled in diameter by 14km since its crust first hardened. These wrinkles are known as Lobate Scarps and they can be up to 3 kilometers high and hundreds of kilometers long.

As Mercury is the closest to the sun, it is very difficult to visit. Only two spacecraft have visited this planet to date. The first was called ‘Mariner 10’ which flew by Mercury 3 times between 1974 and 1975.

Mariner 10 was able to complete half of the planet’s surface and detected its magnetic field and thin atmosphere. ‘MESSENGER’, the second spacecraft was sent into orbit in 2011 and it completely mapped out Mercury’s surface in 2013. ‘BepiColombo’ is planned to enter Mercury’s orbit in 2022.

The Romans gave planets names according to their important gods. Planet Mercury was the fastest planet to complete one revolution around the Sun and because of that, it was named after the Roman God of Messengers, Mercury. Roman Mercury was also known as the god of Travelers. The myth says that Mercury had a helmet and sandals with wings attached and he could fly quickly from one place to another.

The magnetic field Mercury generates is about 1 percent of Earth’s magnetic field and it is very weak. However, there are some differences at the poles, specifically at the south pole. The south pole has a bigger hole for the charged particles from the Sun to hit the planet which is believed to contribute to the surface composition.

Mercury is one of the two planets in our solar system that does not have any moons or rings, the other being Venus. The reason behind mercury not having any moons or rings is because of its weak gravitational force.

There is so little that we know about Mercury. As it is very near to the Sun, visiting the planet is very difficult. Hopefully, BepiColombo which will be visiting Mercury in 2022 might bring many other interesting facts that will be very important in the study of this planet.