Perpetual motion machine means a machine that moves for indefinite time and gives us output work. Who would not imagine such machines, like a car to which you don’t need to add gas? Can we build such machines that can do continuous work without the addition of fuel (energy input)? 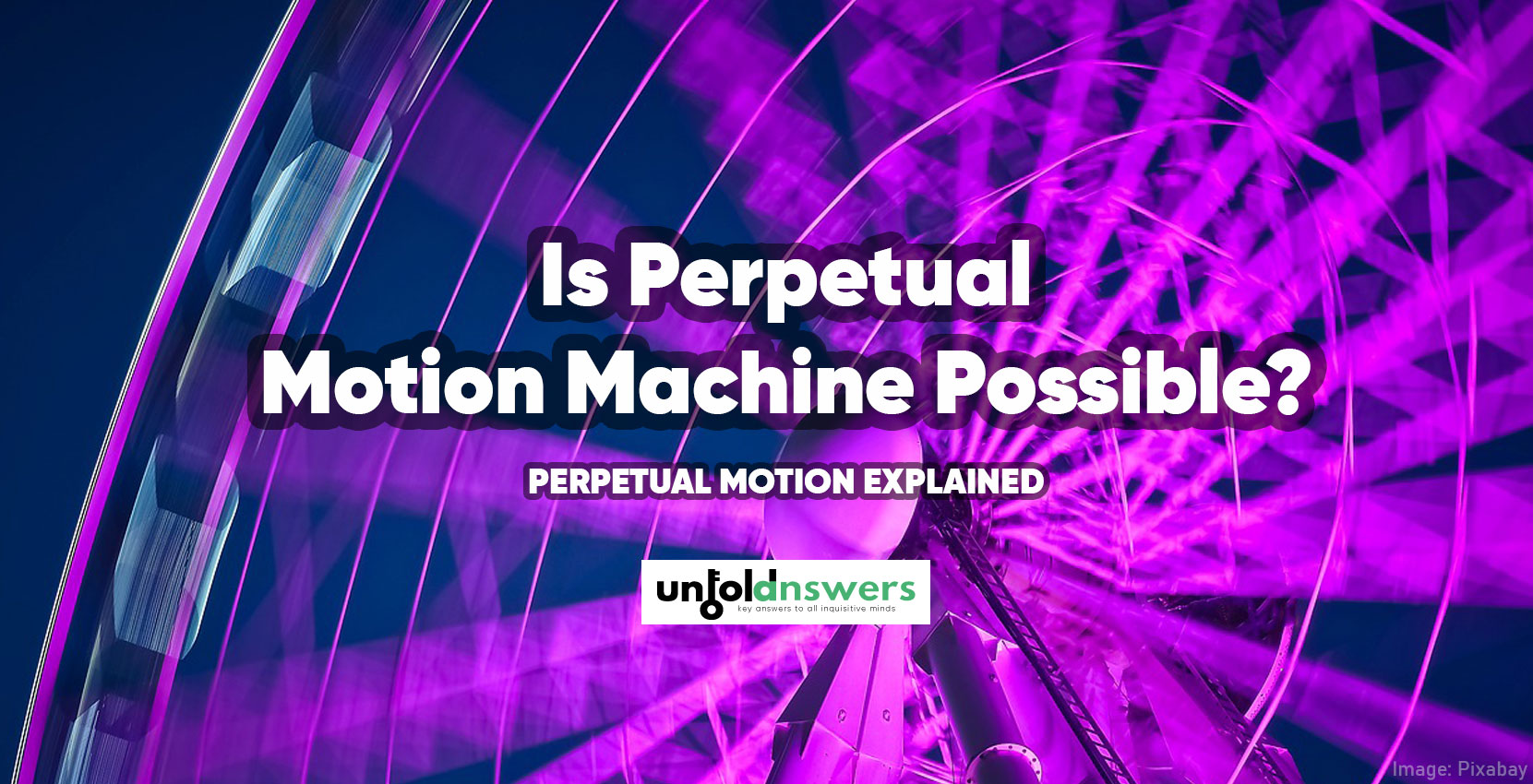 Newton’s first law states that “Every body continues in its state of rest or uniform motion unless an external force acts upon it.” This means that a body in motion will be in perpetual motion if it is not acted upon by some force that can cease its motion. Thus, if there is no force acting on a moving object, it remains perpetually in motion.

Newton’s statement is amicable with our topic of discussion, perpetual motion. But, it’s not experienced in our daily life because we cannot have a completely force (against the motion) free environment in the world. Friction appears within object- medium interface, as the motion is on a medium when we are on Earth.

Space is completely different realm. Still, an object in space is acted upon by gravity if no other forces. Also, energy transfer can be seen even in the heavenly bodies whose motion seems perpetual, which tends to oppose its motion.

If the force applied is constant, relativity implies that the laws of physics are not affected. So constant force systems are equivalent to no force systems on the basis of physics. But energy transfer in the form of different radiations or tides is inevitable.

So, Perpetual motion is however not experienced with the presence of such losses and resisting forces. Even Earth is slowing down at a very slow rate, everything is.

Perpetual motion machine and its possibility

Unlike perpetual motion, a perpetual motion machine is something from which we can generate work without its motion being halted till eternity as stated earlier. If we were to invent such machine we would violate the laws of thermodynamics.

According to the law of thermodynamics, if work is done without supply of any energy, the machine’s energy must decrease (conservation of energy). This means the machine must slow down and eventually stop. But perpetual motion machine is not such kind of machine from its definition.

All the explanations converge to violation of conservation of energy if such a machine were to exist. If our machine is continuously supplying output work (energy) without dissipation of its own energy, it has to create energy on its own. But, energy can only be transferred but cannot be created according to conservation of energy.

The motion of these machines (especially wheels) is carried out by some perpetual force such as magnetic force and gravitational force. The loss of energy results such wheels come to rest eventually and they don’t do any useful work. Still, they are called perpetual motion machines on the internet.

The popular among these wheels are Bhaskara’s wheel, Da Vinci’s drawing and any other such balanced wheels. There are plentiful of such wheels on the internet. These are just devices expected to be in perpetual motion but they do not. Also, they do not supply any useful work.

The recent advances in science has helped to increase the efficiency of machines decreasing the resisting forces. When we attain negligible resisting force for a machine to move, the machine can carry loads to infinitely long distance without loss of a considerable amount of energy.

Quantum levitation has been tested in smaller systems and might one day be adopted for making trains. Obviously there are hurdles to overcome for it to be used in such a macroscale technology. But one day it might take us to motion that is closest to perpetual one, though perfectly perpetual motion is not achievable in practice.