Star Wars, Back to Future and other futuristic movies had this really spiffy concept of the levitated(float in the air) vehicles. Is it possible? A quantum phenomena called quantum levitation might one day lead us to such levitating vehicles. 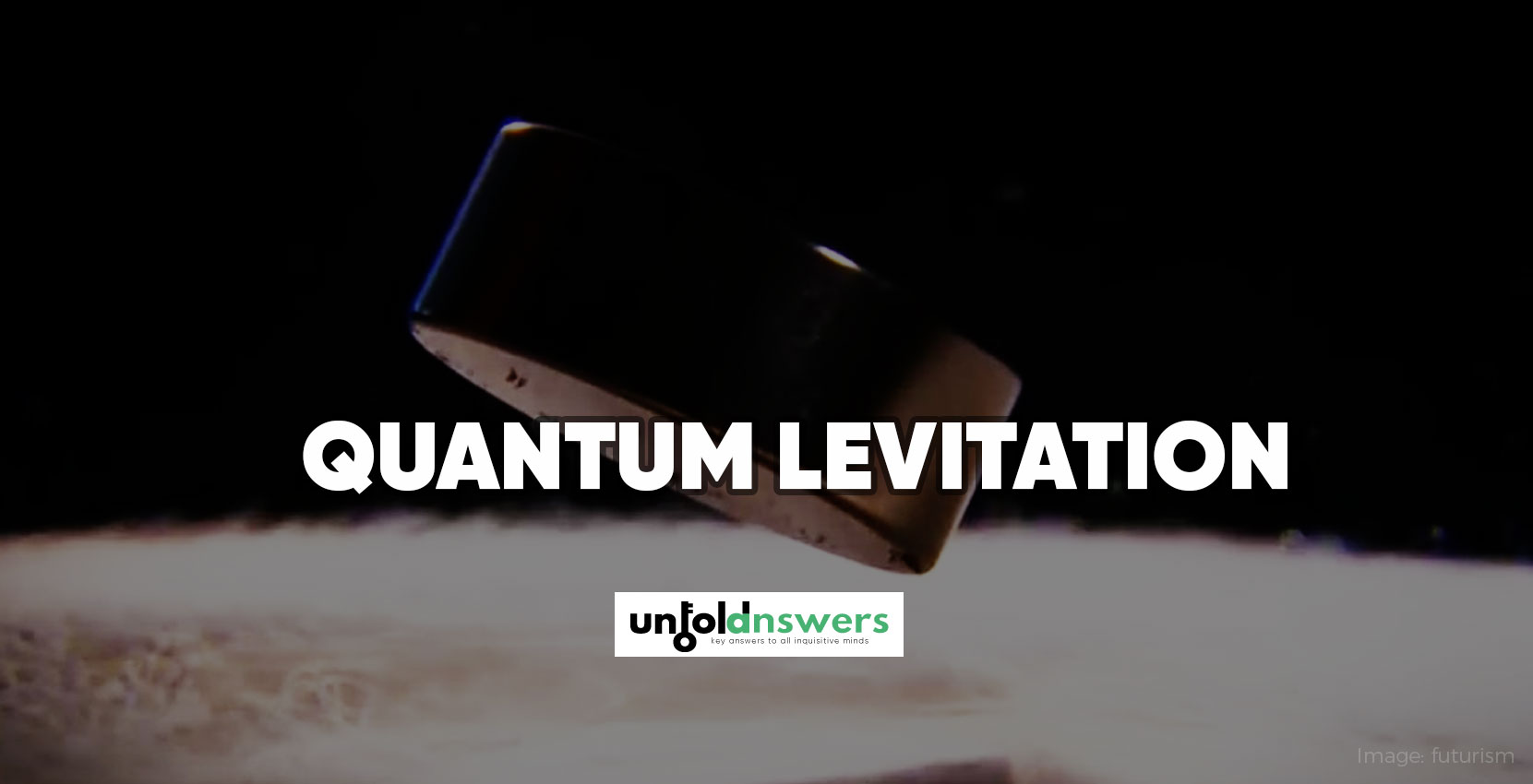 Lexus made a hoverboard using this technology and featured in a commercial. This technique is different from the operational Maglev trains which operates by the use of electromagnets or superconducting magnets because it use superconductors and their purely quantum properties.

A superconductor is a material which does not resist the flow of electricity through it. Even the copper wires heat when large current flows through it (during short circuit) due to their small electricity resisting property. But superconductor has no resistance and a current set up in a superconductor lasts forever without dissipating theoretically.

There are two types of superconductors, type – I and type – II. Type -I does not allow magnetic field lines (flux) through it while the next one does at high magnetic field. The levitation uses type – II superconductors since it requires flux to be passed in order to lock the object and move.

What is Quantum Levitation?

The flux pinning is a quantum mechanical phenomenon induced through defects so that this levitation gets the prefix quantum. These two phenomena, the Meissner Effect and flux pinning are responsible for quantum levitation.

At this phase, there are certain defects from which the flux can pass through called the quantum vortex. The allows magnetic flux to pass through the superconductor in bunch or discretely (quantization). These bunch of flux pins the object despite the repulsive force, so the process is called flux pinning.

Electromagnetic levitation is acquired by the repulsion created due to magnetic force between two magnets but in quantum levitation, repulsion is created by the Meissner Effect and the object remains intact by flux pinning.

Quantum levitation is superior to magnetic levitation because the attractive (pinning force) and repulsive force (Meissner Effect) are a part of the system and should not be separately developed. We don’t have to worry about the balance of these forces.

It also provides flexibility of position as the object can move all around the magnet without falling. The forces that exists compensates the gravity.

A superconducting object levitates and can move along a magnetic track if propelled. Since this levitation enables an object to have no surface of contact, it can easily reduce energy loss due to friction during the operation of a vehicle. Most trains can be made by using this technology since they need a magnetic track.

Likewise, the vehicles that needs tracks can be replaced someday by quantum levitation technology though there are several challenges to overcome.

Challenges in transportation and the future possibilities

The other challenge we have is the large magnetic field that it requires. This high magnetic field can affect the data of the passenger in magnetic drives and passengers with implants that are affected by the magnetic field. The pod that carries people should be shielded.

The challenges may get faded by the technological development. With the development of high-temperature superconductivity and low critical field material, we can reach the future that the movies depicted. We might develop such trains.

Further, our Earth is itself a huge magnet. So, our ability to make a superconductor with critical field in the range of Earth’s field on surface might transform the means of transportation as in Stars Wars. This is a dream and from a theoretical point of view, it is preposterous and miles away from transforming to reality.