Quantum World and The Weird Reality That Lies Within

We hear the word quantum or quantum world very often. If it’s not in the context of physics or science, it’s somewhere else. The movie ‘quantum of solace’ or ‘quantum dot display’ in television can be a good example. 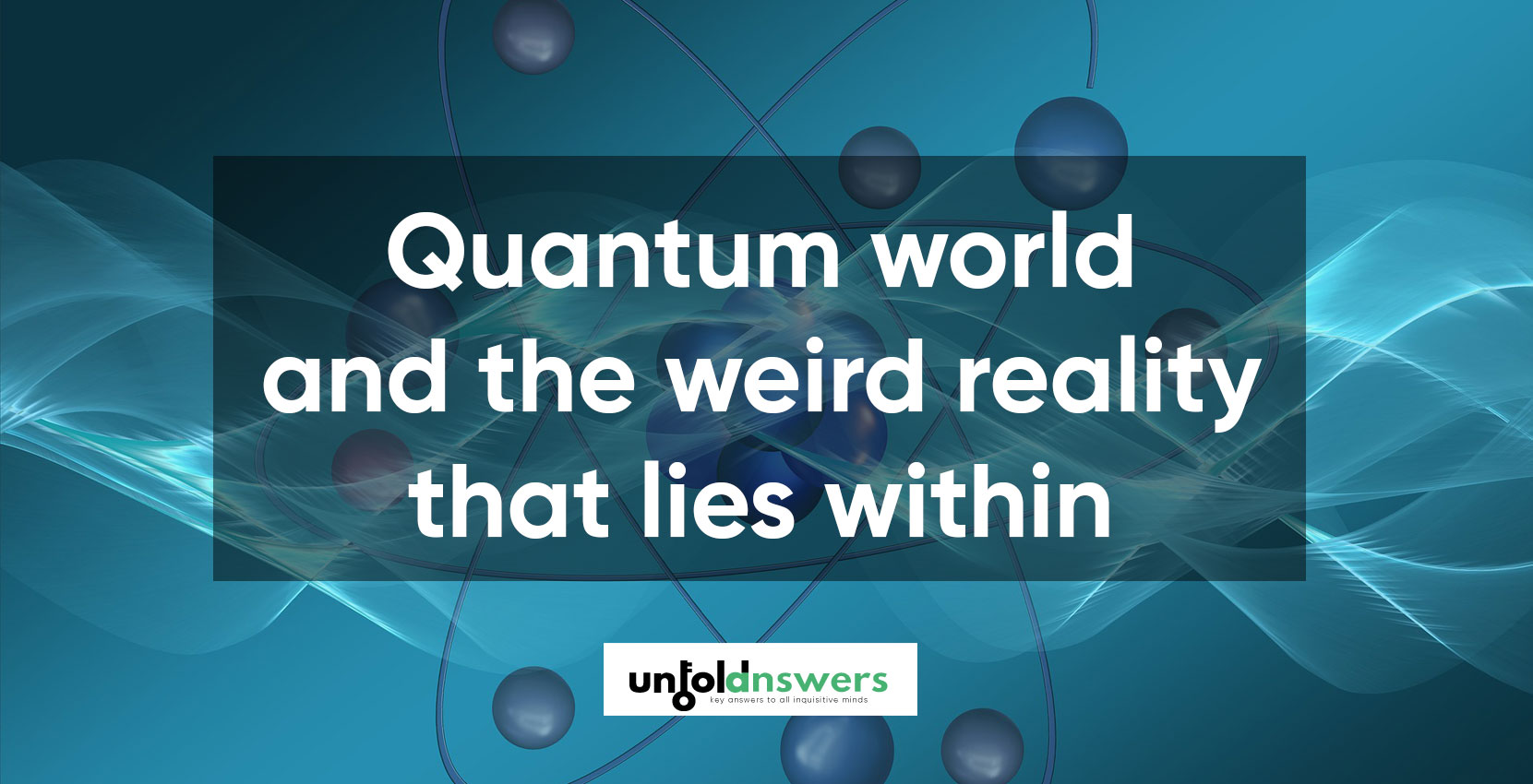 What is a quantum and quantum world?

Why is quantum world astounding?

Quantum world is not as simple as the macroscopic world (the classical world). The quantum object possess properties that cannot be explained by classical laws. So, a whole new physics has been developed which explains their properties called quantum physics.

The base of quantum physics lies on the Heisenberg uncertainty principle. According to the uncertainty principle, we cannot measure the position and speed of a quantum particle simultaneously. This results in a probabilistic world in which you cannot determine physical quantity associated with a particle (position, momentum, energy) exactly but there is a certain probability. Everything appears agitated.

Niels Bohr said, ” Anyone who is not shocked by quantum theory has not understood it”. The quantum physics that reigns over the quantum world challenges our common sense. You might as well agree with the above statements in a while as I guide you to the non-classical properties of quantum particles.

The dual nature of particle can be sorted out from the mass-energy equivalence principle. A matter (particle) or energy can exist as a particle as well as energy, this is called wave-particle duality. Quantum particles behave as wave (energy) when you don’t look at it but as you look at it, they behave as a particle. Insane! isn’t it? This act of looking (taking a measurement) changes the wave-like property to particle-like and is called the observer effect.

Quantum superposition is the property of quantum particles due to which they exist in a number of states at a time. If you have a coin in your pocket then either the head side will be in contact with your body or the tail. If your pocket is transparent, you can see its tail or head that is in contact. Let us consider the head is in contact. No matter how many times you look, its always head which is in contact.

If you have a quantum coin, the results may differ. Sometimes you may get head and sometimes tail. This is because the face that is in contact is in superposition of head and tail. Both head and tail can exist simultaneously but as you measure the result collapse to either head or tail. Weird! isn’t it?

This is an analogy and the bucket can be related to the potential barrier for quantum particles. This phenomenon is called quantum tunnelling

Quantum entanglement is a property due to which a pair of particles get strongly correlated for infinite distance. So, change made in one can bring about a change in other instantaneously.

Suppose you have two entangled bananas. You took one and gave the other to your friend. As you start peeling of banana that you have, the banana your friend took starts to peel off itself since they are correlated. How cool is that?

These properties separate the quantum realm from our macroscopic classical realm. Whereas, the observer effect suggests that we disturb reality as we make an observation. So, the probabilistic picture that quantum physics provides is true picture of the world. It has enabled us to make calculations with the highest order of accuracy than any other theory. This is the reason why the quantum world is weird and amazing.

Quantum world is hence associated with the true picture of the world. So, it is the truth that lies within them and their unworldly properties which makes them so astounding.