Science is advancing at a good pace even in these tough times in which the world is hardly hit by COVID – 19. Here is a list of some science news worth listing on the basis of advances made in July 2020. 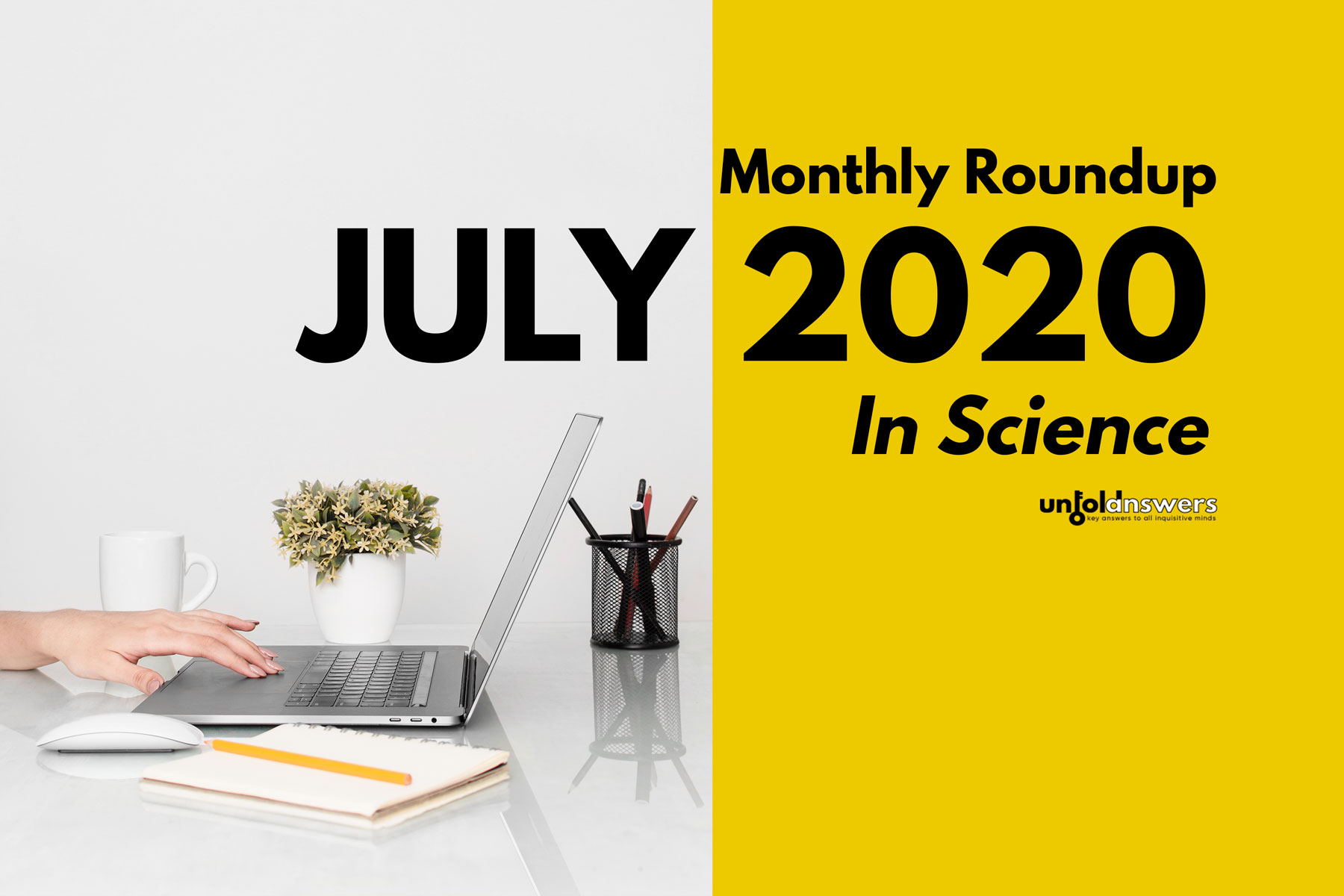 At the moment, the whole world is searching for the COVID-19 vaccine. Any news regarding vaccines can eliminate the fear and anxiety that people are suffering from, due to this pandemic. Two noteworthy achievements took place in July.

Oxford’s Vaccine at the Final phase

A vaccine developed by the University of Oxford in collaboration with biopharmaceutical company AstraZeneca named ChAdOx1 has been the center of attention for people. According to the source, this vaccine against COVID-19 is in its final phase. It has been already been tested in two phases and now is in its third and final phase of a clinical trial.

This vaccine has been termed the most advanced COVID-19 vaccine candidate. Although the vaccine’s third phase trial has already begun, the data collection and analysis can push its registration to the end of the year 2020. –Source

A vaccine developed by Moscow’s Gamaleya Institute and the Russian Direct Investment Fund may be registered within this August. However, trials are ongoing and still, thousands of trials are needed for this vaccine to be the first approved COVID-19 vaccine.

It may take a little longer since its effectiveness should be so accurate. It’s good news that these vaccines are progressing and will be available any time soon. -Source

Mars Mission to Next Level

Mars is our nearest neighbor and has been a center of attraction for space agencies around the world. July has been a month of Mars missions due to the favorable alignment of Earth and Mars which occurs only in 26 months and three missions were launched by USA, PRC, and UAE.

The USA has been the one and only country to have landed on Mars. But, now it has taken the challenge one step further. A rocket left for Mars on the 30th of July, 2020 from Cape Canaveral, Florida. Its main purpose is to study the presence of ancient life on Mars and also collect rocks and soil for a possible return to Earth. It contains a rover named Perseverance and a helicopter named Ingenuity.

Ingenuity can be the first aircraft to fly on another planet rather than Earth. This 1.8 Kg helicopter uses state-of-the-art technology to observe regions where rover, perseverance is not able to. -Source

China has achieved great success in space missions in recent years. Its journey in space technology took another step with the launching of Tianwen 1. It is China’s first rover to Mars. It contains an orbiter, a lander, and a rover. China has already landed on Moon but this will be further challenging according to Geng Yan, an official at China National Space Administration.

Although authorities admit that they do not have a complete understanding of the Martian atmosphere, they are positive about the mission. -Source

UAE’s Al – Amal started its voyage this July. Launched from a Japanese rocket on 20th July 2020, it’s the first-ever mission to Mars of Arabic origin. The orbiter probe was attached to a Japanese rocket, which it has already left and it’s on its way to mars relying on its own thrusters. This is the greatest achievement for the oil-rich Arabic nation. -Source

The First Image of Quantum Entanglement

Quantum entanglement has amazed even Albert Einstein, who called it ‘spooky action at a distance. It can make things faster than light communication and quantum computing possible. It is the phenomena, which have made quantum physics so peculiar than the classical one.

Recently, a group of researchers at the University of Glasgow were able to picture entangled photons at different phases reported in a paper published here.

Though thousands of planets and stars are known to astronomers, only some has been observed directly from the observatories. Meanwhile not even a single multi-planetary system was pictured directly till now. But, ESO’s Very Large Telescope was used to picture a Sun-like system of stars called TYC 8998-760-1 with two planets, 300 light-years away from Earth. In an article published here, the existence of such a system was directly pictured and confirmed. -Source

Bacteria can oxidize or reduce different compounds over the course of their survival. A typical type of bacteria called Shewanella oneidensis MR-1 can produce molybdenum disulfide, a compound that has a good capability of transferring electrons as graphene.

This capacity of the bacteria can be an efficient process to synthesize molybdenum disulfide in an environment-friendly manner. Finally, this compound can serve as a material for manufacturing different electronic devices. -Source

Manganese is one of the most abundant minerals on Earth and its oxidation by bacteria has been long theorized but had not been observed. Two environmental microbiologists observed the conversion of manganese carbonate to manganese oxide in a jar left in the laboratory sink.

Two types of bacteria were involved in this conversion process. They took electrons from manganese for fueling their growth and hence oxidized manganese it. The article is published in Nature. The finding has enriched the knowledge of inorganic metabolisms to sustain life. -Source

Mutations in mitochondrial DNA can cause various syndromes. So, mitochondrial gene editing can prove very essential. A toxin secreted by a bacteria to kill other microbes can be re-engineered to improve DNA, which is not accessible to other gene editors. This CRISPR-free gene-editing method can be used one day to fix mitochondrial DNA and avoid mitochondrial disorders as reported in a paper published in Nature. -Source

The closest-ever picture of the Sun taken by a solar orbiter sent by the European Space Agency and NASA has been released this month. It shows tiny solar flares coined the name “campfires”. Solar flares are observable from Earth too but they are larger flares.

According to ESA’s article, these campfires might be occurring from different mechanisms than those we see on Earth. Though the truth is yet to come and the orbiter still passes 35 million kilometers closer than it is now, scientists have assumed that these campfires may be responsible for the coronal heating of the Sun. –Source