According to Einstein’s special theory of relativity, nothing can travel faster than light.

But was Einstein correct? Can we even dare to doubt his conclusions?  Is there anything that can travel faster than light? Can faster than light phenomena be used in our daily life? What is Quantum Entanglement? And how can this relate to the speed of light?

Is It Possible To Communicate Faster Than Light?

Yes, it is possible and the technology is in its infancy. And it is due to a phenomenon called quantum entanglement.

What is Quantum entanglement?

Quantum is a luscious word for physicists; it alludes to the smallest quantity of a quantifiable thing. Whenever a phrase with the word quantum comes, it becomes a prime interest for any physics geek.

Quantum entanglement, the topic under discussion here, is the correlation between the particles called ‘entangled particles’, which cannot be explained by classical theory.

A pair of entangled particles, in theory, remains strongly correlated throughout any distance so that the change produced in one instantaneously (in no time) produces a change in the other and hence defying special theory of relativity, according to which no effect can propagate faster than light.

A brief history of quantum entanglement

The special theory of relativity posed a question mark for the phenomenon which was believed to be instantaneous (fields, gravitation, etc.) since no effect was to travel faster than light. These phenomenons were explained as light-like particle interaction but modern theories have outwitted the direct interaction theory.

Such effects were discussed in a thought experiment in 1935 by Einstein, Podolsky and Rosen in their EPR paradox in which, entangled particles were scrutinized and such instantaneous action at a distance was discarded with a notion of local hidden variables (they believed that there were certain hidden variables yet to be discovered and responsible for such activities) and conclusion was made that quantum mechanics is incomplete.

Einstein named such instantaneous actions “spooky action at a distance”, derision for the non-existence of such phenomenon. All his life Einstein hated quantum mechanics!
Later John Bell derived an inequality in which an upper-bound was given to such correlation between two systems obeying local realism (which discarded the idea of local hidden variables).

But experiment showed a strong correlation than the one predicted by Bell, which repudiated the concept of local realism and hence signified the presence of entanglement, eliminating the idea of locality in which the EPR paradox and Bell’s inequality (for local realism) were founded.

A multitude of experiments followed but had some loopholes. In October 2015, scientists from Delft University of Technology along with the Institute of photonic sciences in Barcelona and Element six innovation of Oxford reported a loophole-free Bell experiment resulting in strong correlation, the entanglement!

What astounding things can it make possible? A massive forward leap in communication technology.

Entangled photon pair can be produced by splitting a beam of a photon into a pair using a laser beam inside a crystal of beta-barium borate. These entangled photon pair acts as if a single system, as a whole i.e. a change brought about one brings change in the other (complementary change) and the composite of two can be regarded as a superposition with their physical properties correlated.

These entangled photons are polarized, linearly as horizontal and vertical or diagonally as 45˚and 135˚ or circularly as right and left-handed. These two polarizations in each photon facilitate as qubits (analogous to 0 and 1 in modern digital electronics) and a key is encoded in them by the method of quantum key distribution (QKD).

QKD is a secure communication system which employs quantum mechanics in sharing a key that can be used as a one-time pad allowing two parties to communicate by encryption (or decryption) of messages by the use of encryption algorithm.

Any eavesdropper trying to gain the knowledge that is being shared has to measure the photons so as to obtain the key. But according to quantum mechanics, the act of measurement affects the measured (the observer effect) and hence the anomaly is found instantaneously signifying the presence of the eavesdropper.

In this way, it generates a system for secure communication on an instantaneous basis for infinitely large distance (theoretically).

The above ideas are rather theoretical, practically these entanglements had not really contributed in sharing a large amount of information between distant places.

But in August 2016 China started a project called Quantum Experiment at Space Scale (QUESS) and launched the first-ever quantum satellite named Micius in collaboration with the Austrian Academy of Science, with the purpose of creating “hack-proof” communication system in the modern age of cyber espionage.

The Chinese Academy of Sciences has already announced that the satellite has gone operational from January 2017 and has operated much better than expected initially. This satellite is set to create a hack-proof communication link at first between two ground stations within China separated by 1200 kilometers.

Its final target is to create a QKD channel between China and the Institute of quantum optics and information, Vienna, Austria separated 7500 kilometers apart. No other experiments on this field have been carried out at such distance and in free space because the key can be lost due to a phenomenon called quantum decoherence (loss of coherence due to the action of surrounding) but the satellite uses high-speed coherent laser communicator and is supposed to overcome decoherence.

If this experiment becomes successful, it will give quantum mechanics a firm ground and lead the world to a secure communication system.

The working of Micius

Micius is a satellite that works on the principle of quantum entanglement. It produces entangled photons from a device called “Sagnac-Effect Interferometer” and delivers each part of entangled photons to separate stations in the ground.

The delivering of entangled photons to the ground stations is a challenge for the physicists; it requires high accuracy and is carried out by high-speed coherent laser communicator.

After delivering the entangled photons, it aims to create a secret key to perform QKD in order to share secure information instantaneously between the stations. Finally, the key is used to encrypt or decrypt messages and share secret information of defense.

Although its process is simple to discuss, it is a challenging job to restrict attenuation in the entanglement of photons for such large distances. Its working would set a new record in carrying out a quantum entanglement experiment which had been previously carried out in several 100 kilometers distance range and would set up a quantum communication network.

Quantum mechanics has defied common sense and has led science to an utmost superiority. If these experiments prove to be successful then mankind will reach a new realm of understanding with an added dimension to information technology and quantum technology might thrive all over the world. 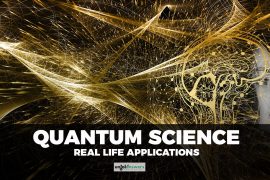 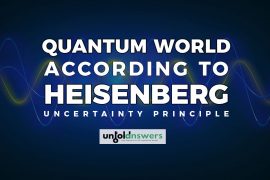 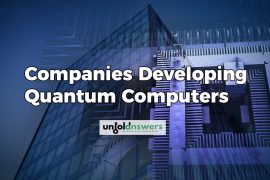