In quantum level, the act of measurement affects the measured. This was one of the answer unfolded by 5th Solvay conference resulted by the concept of duality and Heisenberg uncertainty principle. 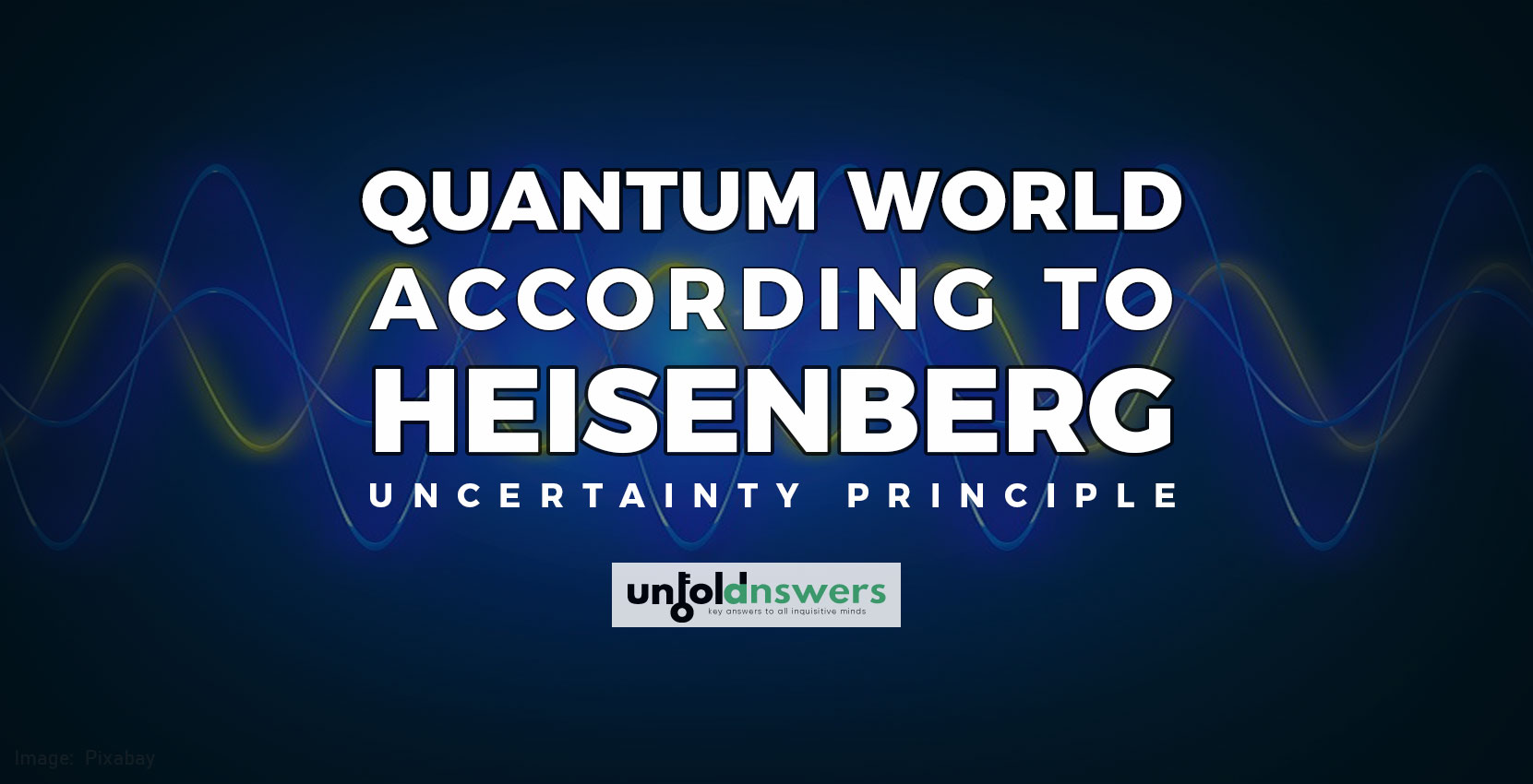 It has transformed the concept of reality, though the world seems so real despite being so unreal and uncertain at the quantum level.

Heisenberg uncertainty principle was published by German physicist Werner Heisenberg in 1927. It states that ” The more precisely the position is determined, the less precisely the momentum (speed) is known at that instant and vice-versa.

According to the Heisenberg uncertainty principle, the measurement of position makes speed very uncertain so that the system is disturbed by the act of measurement. Let us observe an atom since observation is an act of measurement, we cannot observe the truth that underlies within an atom.

In other words, our observation makes the atom to take a stand but actually, the electrons are continuously in motion and thus we deviate from reality. We can also put it another way, the light’s particle nature transfers momentum to the electrons and other particles in the atom and makes them uncertain.

So, our observation is disturbing the system and the system we see is the disturbed one. The reality is, in fact, a puzzle.

According to this principle, the eigenstate of a momentum operator cannot be an eigenstate of position operator. So, we cannot have the value of both for the same state. Measuring both at the same time is impossible.

Why is Quantum World so Uncertain?

Not only position and speed but there are also other variables which are conjugate, one goes uncertain on another becomes certainty. For instance, the energy-time uncertainty can be stated as – a state having short lifetime cannot have definite energy. The root for these uncertainties is one.

The concept of duality or matter-wave give rise to these uncertainties. A quantum particle can behave as both particle and wave. It is spread out as a wave so that its position is not fixed but speed is. When you look at it (observe), the wave collapses giving a certain position leaving its velocity uncertain.

Wave and particle characteristics are mutually exclusive as is position – speed. If the position is instantaneously changing, we can determine the velocity or speed. Our approach to determine an object’s position will suddenly make it stop since there is no idea of position without making it stop. So, the speed will be indeterminate in this case.

The Certainty of the Classical World

Heisenberg uncertainty principle rules the quantum world but the classical world is not uncertain. The dual nature of matter is not effective in the classical world. This is due to the small value of the associated wavelength. As the particles get bigger, their wavelength gets diminished.

The wavelength for massive particles is less as if it vanishes. The vanishing of wave nature eliminates the uncertainties. The particle is no longer a wave and it cannot have uncertain positions.

We may perceive it on the basis of transfer speed by external wave. The external wave made for observation can affect the small particle. But, the massive particles are not necessarily affected. This eliminates the possibility of indeterminacy in speed while we measure the momentum.