What Is Quantum Tunneling And What Makes It Possible?

Quantum world is weird. It has so many amazing unlikely properties that are conflicting to our common sense. Quantum tunneling is one of such phenomena which cannot be explained by classical physics or common sense. 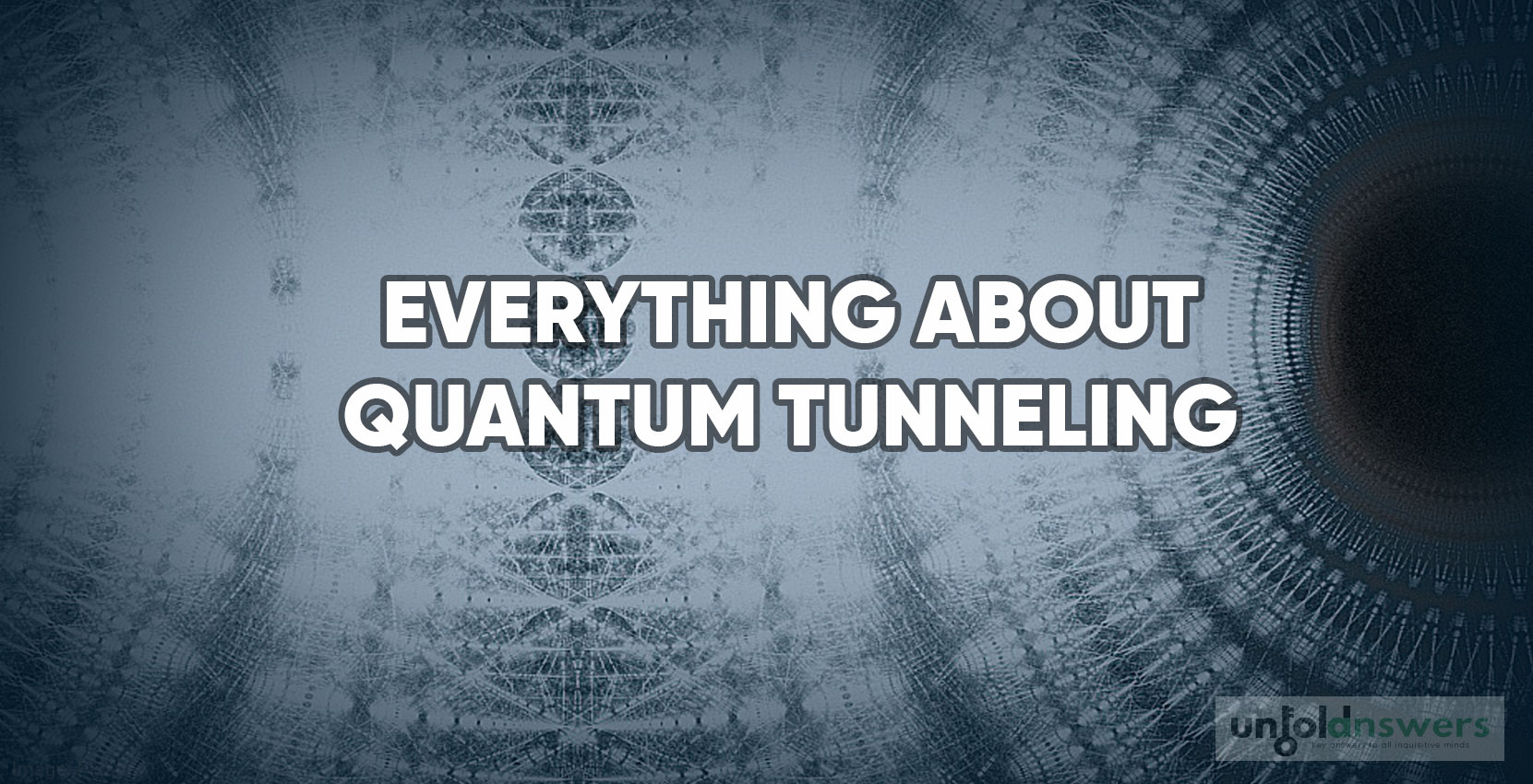 What is quantum tunneling?

Quantum tunneling is a phenomena in which a quantum particle tunnels through a barrier which cannot be classically crossed. It is a purely quantum mechanical phenomena and does not have any classical explanation.

What makes it possible?

The mystery of quantum tunneling relies on the fact that a particle has dual nature, it behave as both particle and wave. This dual nature was proposed by Louis De Broglie. This is the idea which makes quantum physics so different from classical physics.

The difference between a particle and a wave is that a particle has a fixed location (localized) but a wave does not, it spreads out (a matter-wave). A particle is associated with matter whereas wave is associated with energy. Unlike Einstein’s mass-energy equivalence which says matter is a form of energy, quantum physics tells – in the quantum level there is no distinction between matter and energy. A matter thus can behave as both particle and wave.

Such a quantum particle can be represented by a quantity called a wave function. If you want to calculate any physical quantity, you can just use associated operator to the wave function which gives the required value of the quantity. Also, the probability of finding a particle in a region is given by the square of the wave function of that particle in that region.

Since a matter-wave is a probability wave which represents the chance that a particle can be at a location. If we were to confine a matter inside an energy barrier, the matter-wave is spread out beyond that energy barrier. There will be a component of wave function beyond the barrier. So, even if it does not have enough energy to cross the barrier, there is a small chance that it can cross the barrier. This is called quantum tunneling.

Quantum tunneling is not just some theoretical concept. It is a well-established practice and has been useful in different technology. So it is well-observed phenomena which is sometimes good and sometimes bad.

Quantum tunnelling has many technological advantages. This has made us able to see particles at the atomic level. The Scanning tunnelling microscope (STM) works on this principle and has resolution up to 1 Angstrom (a 10,000,000,000th fraction of a meter).

The tunneling diodes and tunneling transistors are other devices which use this effect as the key to their functioning. Radioactive decay and fusion in the stars are somehow aided by this phenomenon. So, from a application point of view also it is very important.

Quantum tunneling can sometimes cause problems in the electronic devices. As the size of the chips grow smaller, the barrier between two layers can be easily tunneled through and tunneling current can cause problem on switching. This yields entire chip unusable. So, a size limit has to be introduced to the chips and further miniaturization is forbidden. Tunneling is also responsible for the loss of current in many devices.

This purely quantum phenomena arising from wave-particle duality has been an advantageous one, leading our understanding to higher grounds. And, it is the quantum phenomena which has a great impact on a macroscopic world as well as its a proof that weird world of quantum mechanics exists.