Quantum world is weird but our world is not. There is a chasm between real and quantum world but still, there are many applications of quantum science in real-world that we might be unaware of.

There is a huge difference between the quantum world and our classical world. Our world is deterministic, while the quantum world is probabilistic. Despite the weirdness of quantum phenomena, there are some amazing outcomes of it which we can see them in real life.

Actually, the basis of entire science is quantum science. Every classical phenomenon has a quantum origin. For instance, the source of entire energy that comes to you for the execution of your daily work is quantum in nature. The progress in quantum science is actually the real cause of technological progress in recent years. Understanding of science of tiny-winy objects has not only aided technological advancement but also helped us to unravel the knowledge of the very foundation of the Universe.

So, although you may be unaware, the core understanding of quantum science is responsible for creating many machines and devices which you use in daily life. Here are some quantum phenomena that can be seen or experienced in real life.

Do you have motion sensors and touch sensors in your phone? Not just phones motion, touch and thermal sensors are in most modern devices and it is not necessary to switch on modern devices manually. Generally, these sensors work on the basis of change in the quantum scale that occurs in the device according to a stimulus like pressure, light, heat, etc.

Light and heat sensor are circuit based and their working is not directly linked with particular quantum behaviour. But, piezoelectric touch sensors are devices that work under a quantum phenomenon called tunnelling. The pressure set up due to our touch can be enough for electrons to tunnel across and set up a current which in turn can detect touch. Not just touch sensors, it can also be used in microscopy.

Quantum dots are a small group of atoms. They possess discrete energy spectrum and hence are called artificial atoms. They can absorb light and produce fluorescence. They can produce a wide variety of colours with respect to their size. This feature is very essential in display technology. Their supremacy over LEDs in terms of efficiency and colour purity have made them a potential game-changer in display technology. QD display is already found in televisions.

Absorption and emission of light is a result of discreteness of energy levels. Discreteness means exactness. So, the colour emitted in such a fashion has a fixed wavelength, resulting in pure colour and better picture quality.

Microprocessors are the brain off computers. It is the section where the computations and all the processes are carried out. They work on two-state reasoning circuits built by transistors and works under alternative on and off state of those transistors. Quantum processors are like classical processors but their logic states are quantum states of a quantum particle.

These processors have taken computing to another level. They can solve problems in a simulation that a state-of-art supercomputer cannot solve at all. The quantum states are in a superposition, meaning both on and off state of a two-state logic occurring at the same time. Can a switch be on and off at the same time in our macroscopic world? Sure it cannot but it does in the quantum world and it can be advantageous to us.

Solar panels are common households. These panels are made up of solar cells. You may have seen one, don’t you? With the development of flexible solar cells, they will be a lot more common than they are today. Do you know how they work? They are one of the most prominent applications of quantum science.

The solar cells in the solar panel harvest solar energy. Solar energy is too weak to bring about some eminent changes. But, in quantum level, this energy is strong to bring about changes. For instance, in a solar cell, it can eject electron-hole, an exciton pair. These pair get transferred to terminals of a battery and the battery gets charged. In such fashion, in a day this process can accumulate energy enough to light your house.

Quantum levitation is a visible effect of quantum phenomena. Normally, things can levitate only when they can overcome the gravitational force of Earth. We need a jet to levitate anything. But, with quantum levitation in action, we don’t need such jets at all.

A superconductor forbids magnetic fields to pass through it but due to defects in it, some of the field lines can pass through. This process is called flux pinning. Once such an object is pinned over a magnetic field, it levitates over that field producing magnet. Although it has not yet been used in any devices, it has carved a dream of levitating vehicles in researcher and someday the dream may come to reality. 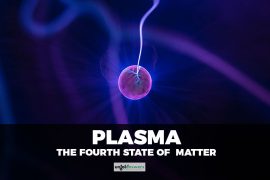 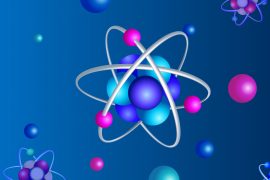