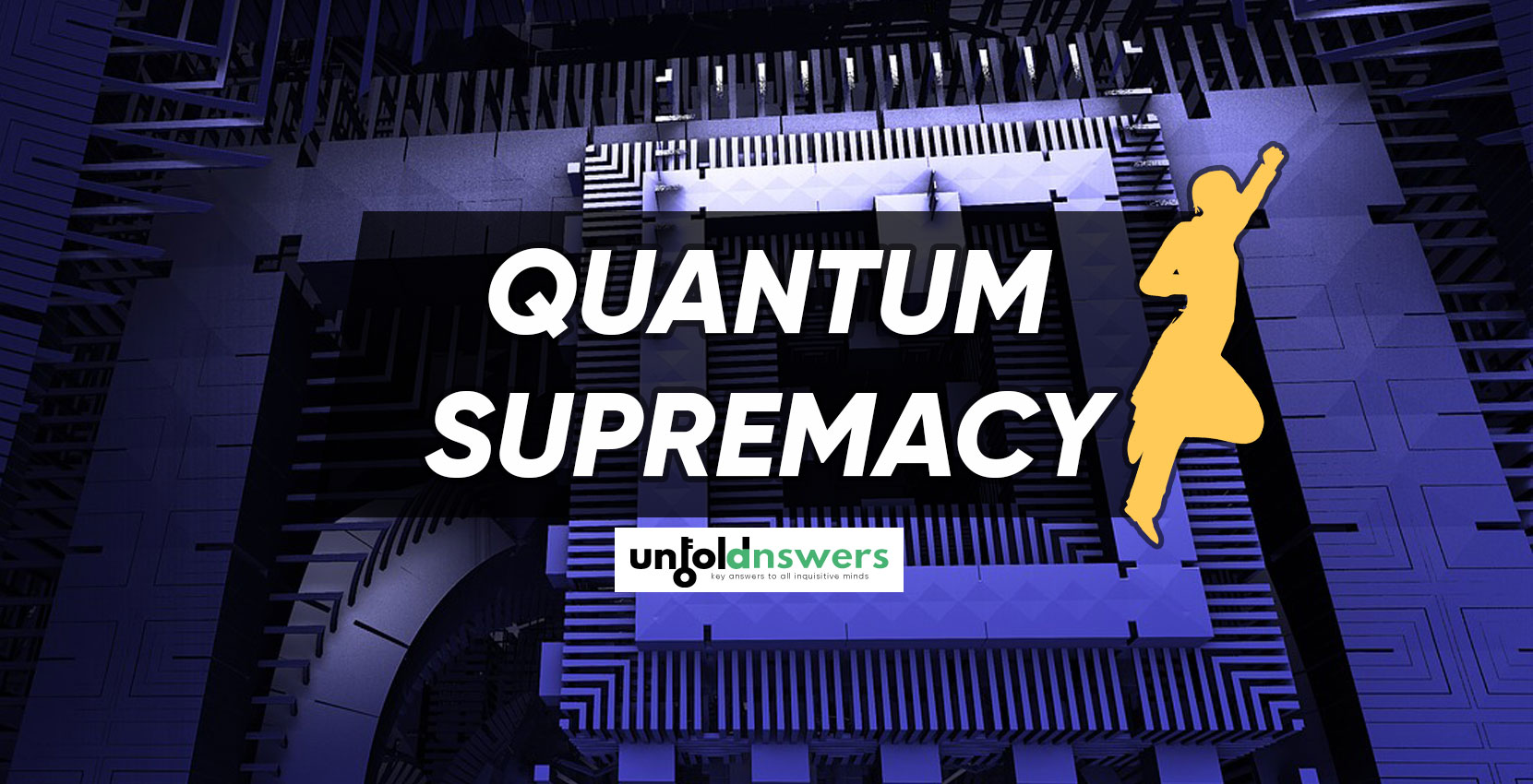 Quantum supremacy is a stage at which the quantum computers can solve the problems which classical computers literally cannot and can be used to solve such variety of problems that we encounter in life science. This can lead the study of quantum phenomena to another level since quantum computing works with the same quantum properties.

These computers work on the basis of qubits and quantum algorithms in a quantum processor. Since quantum computing is a new form of technology, it can lead to solving particular problems conveniently. But using it for normal purpose is the hurdle today.

Classical computers are based on binary logic which encompasses the mobile phones to the sophisticated supercomputers. There are certain probabilistic computations like finding the ground state of caffeine molecule, which cannot be solved by the most powerful supercomputers in existence.

Surpassing these computer’s ability is actually quantum supremacy. Thus it requires a quantum computer which can do what classical computers can and solves most sophisticated problems which classical computers cannot. This multipurpose quantum device is being sought by researchers at IBM and Google but has not yet officially been released.

Why is it fancied?

Efficiently working quantum computers can solve the problems unsolvable to classical computers in chemistry. It can aid the drug development by making us able to carry out complex simulations. The cryptography and machine learning can develop in a new way by the use of quantum computers. Also, optimization can get really fast and easier.

These computers can work exponentially faster than the usual computers. It is said on google’s paper (now published on Nature) that it takes the state-of-art supercomputer 10,000 years (thus nearly impossible) to evaluate a problem that a quantum computer can solve in 200 seconds. This speed can yield a solution to the complex simulations that the state-of-art supercomputer have not dared to execute. On this basis we can say that quantum supremacy is achieved and is in embryonic phase.

A computers strength is basically determined by its speed. Not only speed but the new technology (quantum computing) by which the quantum computers execute the tasks can introduce a whole new realm of technological endeavour.

The leading researchers in quantum computing are IBM and Google. IBM and Google have already developed a quantum computer that works with 50 qubits and 53 qubits respectively in their own separate research centres. Both are racing towards quantum supremacy.

But in August 2019, NASA published a paper entitled “Quantum supremacy using a programmable superconducting processors” on August 2019 with authors google AI quantum and collaborators. This paper was immediately removed from NASA’s site thereafter. Though it stated that Google has developed a 53 qubit quantum computer and achieved quantum supremacy, it was still unconvincing because of removal of the article.

Recently, an official paper has been published on Nature with the same title. Though it solved a problem that was nearly impossible for a classical computer and claimed to have achieved quantum supremacy, it has still got a lot of hurdles to overcome to prove really itself superior to classical computers.

The arch-rivals IBM criticized the claim of google saying that google has developed processors to perform a specific task and misled general public as the beginning of new computing era. Though many hailed google for their remarkable achievement. Since IBM itself has developed a 50 qubit quantum computer proving itself an expert on the topic and the paper was removed by NASA, it provided a hint that this claim lacked a firm ground.

Later the nature article somehow approved the claim. But this does not mean that we can now use quantum computers for optimization and complex simulations. These machines are right now problem specific as reports suggest and need to be further developed.

Where we actually are?

Apart from google and IBM, University of New South Wales has built faster two-qubit gate using spin qubits formed by atoms in silicon and published a paper on nature. China and Austria have been experimenting on long-distance entangled system communication network. These technologies could further aid the development of quantum computers.

Bob Sutor, VP of IBM Q research at IBM told fortune magazine that they are in a quantum ready phase and quantum supremacy is in their grasp. According to him, it will take about 3 to 5 years for IBM to have quantum computers superior to classical computers.

Google AI quantum has developed a quantum computer having a 53 qubit quantum processor. This could surpass classical computers as it was tested with a problem which was nearly impossible for classical computers. With research already published on nature, google has claimed quantum supremacy. But, general purpose and versatile quantum computer is still far beyond their reach.