Quantum computers are computing device that rely on quantum physics for computation and can perform some particular computations astonishingly faster than modern computers.

But does that mean the modern computers is going to be obsolete soon? 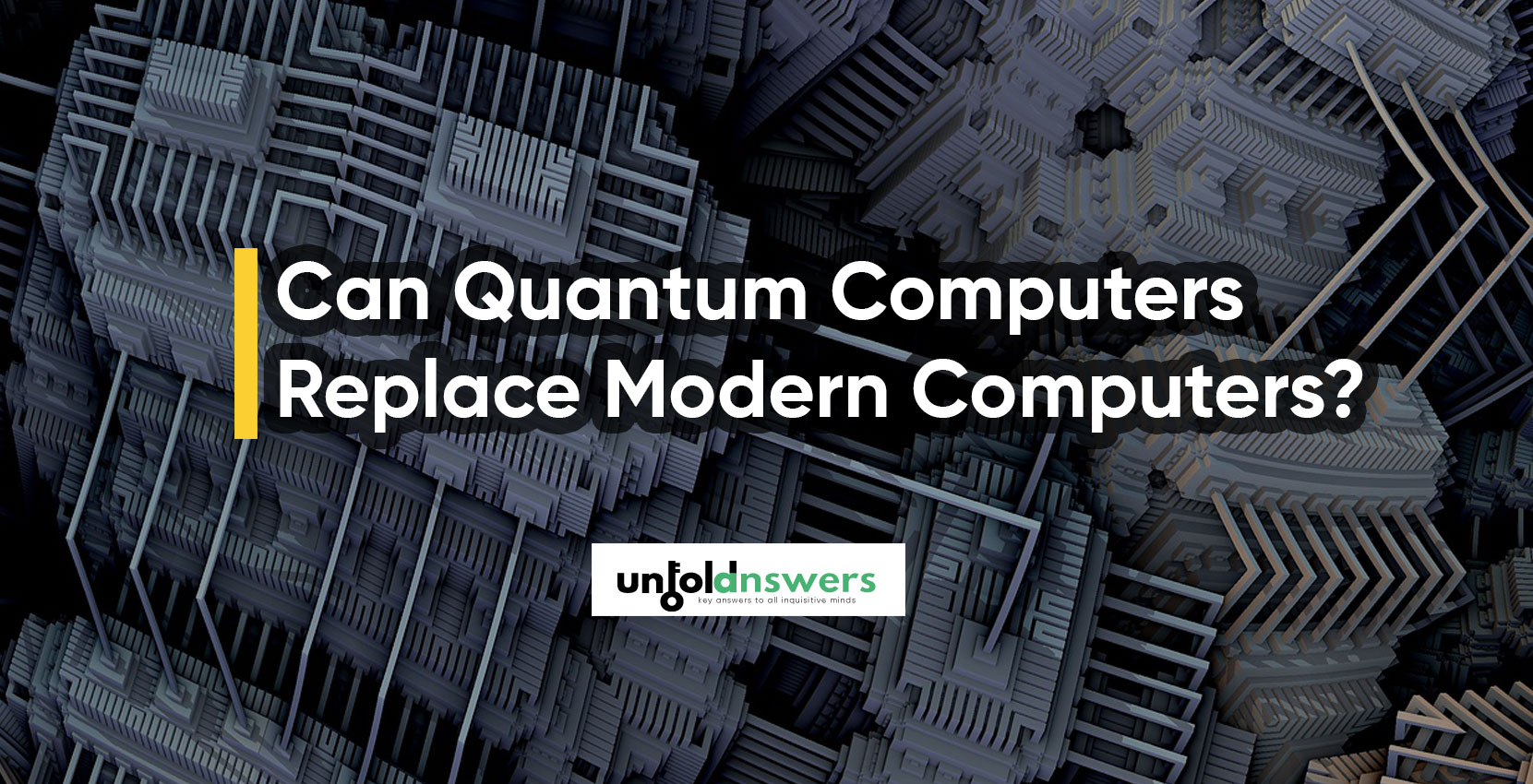 Quantum Computers works on the basis of quantum computing and can solve some particular problems that a modern supercomputer takes days or months in some hours or minutes. This idea provokes a question – can quantum computers replace modern computers?

Quantum computers are computers that compute on the basis of weird properties of the quantum world like quantum superposition and quantum entanglement. They use quantum states of electron as bits rather than the switch on and off state of a transistor in modern computers. So, in a quantum computer, an electron state is controlled.

To control electronic state, we have to maintain temperature nearly 273 degrees below zero degree Celsius. Even a small heat can change the state of an electron and make our computation impossible. Also, an attempt to measure can destroy such quantum systems. So, their architecture is extremely sensitive.

This can ease us working through cases of probabilities. Consider evaluating prime factors of a large number. For this operation, a normal computer has to carry out operations individually with all the factors, while a quantum computer does it simultaneously at once. This is the leverage that we’ll have employing quantum computing.

Have you ever solved a maze? If normal computer has to solve a maze it checks out each case individually. But a quantum computer checks all the conditions simultaneously and gives result faster than normal computer.

The availability of all the states or numbers at once while computing can aid specific tasks such as certain molecular simulations and probabilistic computations (like Shor’s algorithm). With a probabilistic approach of calculations, these computers can yield result way faster than modern computers.

For instance, to simulate molecule of caffeine which has 95 electrons, one needs a number of bits nearly equal to 10 per cent of the total atoms present in the Earth as per our knowledge. So, if we want to simulate the molecular structure of it, it is impossible for a normal computer. With these quantum machines, we can simulate it and even faster.

The access of these computers to ordinary people as modern computers is a debatable topic. These computers work on a whole new science and they are completely different. So, using them in a world where computing has a well-established base is something challenging. Even if we could carry out usual operations in these computers, we must have the knowledge of how to operate these machines and feed deterministic inputs as in our classical world.

Meanwhile, the modern computer is user-friendly and can be operated easily and are portable. This is a challenge for quantum computers to overcome. If we look at the history, the early computers also faced similar problems. So, in time being the technological advances might enable us to use these computers as modern computers but for now, the replacement is not possible.

Even the replacement is not possible, the access of these quantum machines can be made easy with a network. We may access them through the modern computers. The quantum computing facilities can be established in every region as there are high-performance computing facilities now so that the researchers or the ones who require it can access it.