Researchers at Google have officially published their paper on achieving quantum supremacy. Since quantum computers can deduce security keys in use today in short span of time, a question arises – Does quantum supremacy pose a security risk? 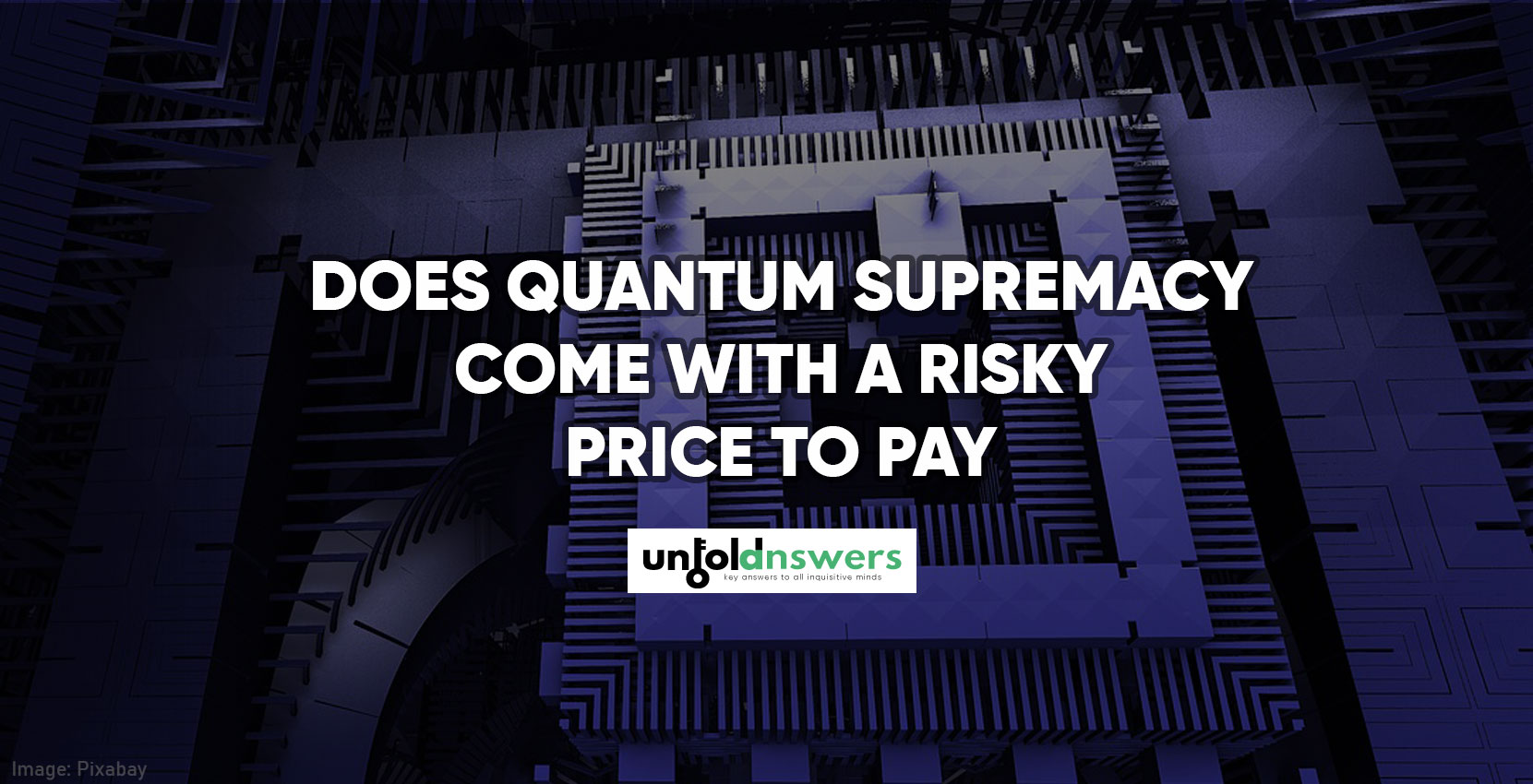 Quantum computers are faster to solve some particular complex problems which are literally unsolvable for classical computers. Also, they can easily search data in a short time (short in quadratic order). This is what makes them superior to the classical ones. And this superiority can increase the risk in some particular confidentiality required sectors as banking.

Apart from banking data has been valuable in this modern period of information technology. The safety of data is equally essential. Modern codes are developed by mathematical formulations, and with the advancement of problem-solving technologies, they can easily be decoded.

Quantum computers can decipher the most complex mathematical cyphers in a matter of minutes or hours. If you have to check ‘N’ numbers it will have to check root over ‘N’ times whereas a classical computer has to check exactly ‘N’ times. This will decrease time exponentially when ‘N’ is large.

The tedious calculations to figure out the security keys is rather too long for modern classical devices that it takes the fastest classical computers many years to figure it out. But quantum computers can have a great advantage of time and can generate the key faster. This can pose a risk to the confidential documents as well as money.

The Solution to the Security Risk

Quantum computers work on a whole new computing technology, quantum computing. The algorithms used are different and programming too. This new technology can outwit the existing technology of computing but it does not mean that our accounts will be no longer safe. It can decipher security keys easily mean that it will give rise to the use of more complicated security keys than before. Thus more secured systems can be established to minimize the security risk.

Quantum cryptography is a cryptographic technique based on the properties of quantum mechanics. This technique is impossible to decode by any eavesdropper because it is forbidden by laws of quantum physics. According to quantum physics, the measured is affected by the act of measurement. So, anyone trying to spy on the code will disturb the code itself and this can be detected by the parties sharing information.

This cryptographic technique involves the manipulation of quantum laws to develop a secure communication system. In this technique, messages are coded in the quantum states of a quantum particle. The two parties are connected by a classical channel through which they check the information.

For instance, let us consider Alice and Bob are connected to a channel of optical fibre. The messages can be coded by Alice as the polarization states of a photon as 0 and 1. The receiver Bob can check the encoded message. Since they are also connected with a classical channel, any interference in their code exchange can bring the discrepancies of which they will be notified.

Though quantum cryptography eliminates the security risk in the data, its feasibility seems to be a problem in a large scale. Large scale quantum system management is a problem since the isolation of such system is a challenging task. A small energy fluctuation can bring a drastic change in such systems. The quantum processors are thus preserved at a temperature nearly 273 degrees below zero.

However, the quantum key distribution is in practice and has generated considerable interest. With the advancement of technologies, quantum cryptography is likely to boost the security systems by the introduction of quantum-safe system and minimize the security risk.