Physics delivers the facts, facts that are logical and can be explained with pure mathematical logic, unbiased and without being agitated by our personal prejudice. Some of these facts are so amazing that we thought of listing them in our list of amazing physics facts.

These facts listed here are not in order of any factors, they are just from random topics of physics.

People usually run so that they can lose excess mass and be fit but wait what physics has to say. According to a concept of variation of mass with speed, the more you speed, the more mass you gain. It is mathematically and experimentally proven fact.

But, does that mean speed racers are gaining more mass? Yes, they are gaining mass but that mass is negligible. To gain an appreciable amount of mass you must speed close to the speed of light. Suppose you want to double your mass then your speed must be equal to nearly 87% of the speed of light. That would be 260 million meters per second, so forget about it!

If you want to calculate mathematically, you can go here. Enter the value of speed (velocity) in terms of speed of light and get the mass.

2. The Universe You See and Feel is Less than 5% of the Total

You can see that the Universe is so vast observing many massive cosmic objects. Just look at our Earth, it is so big that you cannot completely explore it, every nook and corner in your entire lifetime. Now, when you look at the sky and observe that cosmos, you realize how tiny you are. But is that all? No, the things you see and feel account for less than 5 per cent of the entire Universe.

A question now arises, what are other things that we cannot see? They are dark matter and dark energy. These forms of matter and energy are not observed but needed so that our observations come in accord with our knowledge. We have an entire article about them here if you want to check to learn.

3. Some Particles Can Communicate Faster than Light

In the quantum world, particles are able to perform such communication. With the help of phenomena called quantum entanglement, they can do so. Two entangled particles can share information instantaneously irrespective of the distance between them. Due to speed and also security reasons this method of communication is on the experimental phase for highly confidential communication.

4. Time Freezes Inside a Black Hole

One of the most groundbreaking discoveries of the 20th century was the relativity of time. In some movies you have seen that time stops, it freezes, imagine flash, for instance, time can run slow for him. Physics can explain that if you think that is stupid but remember not in that movie. Life would be wonderful if you could freeze time, isn’t it? 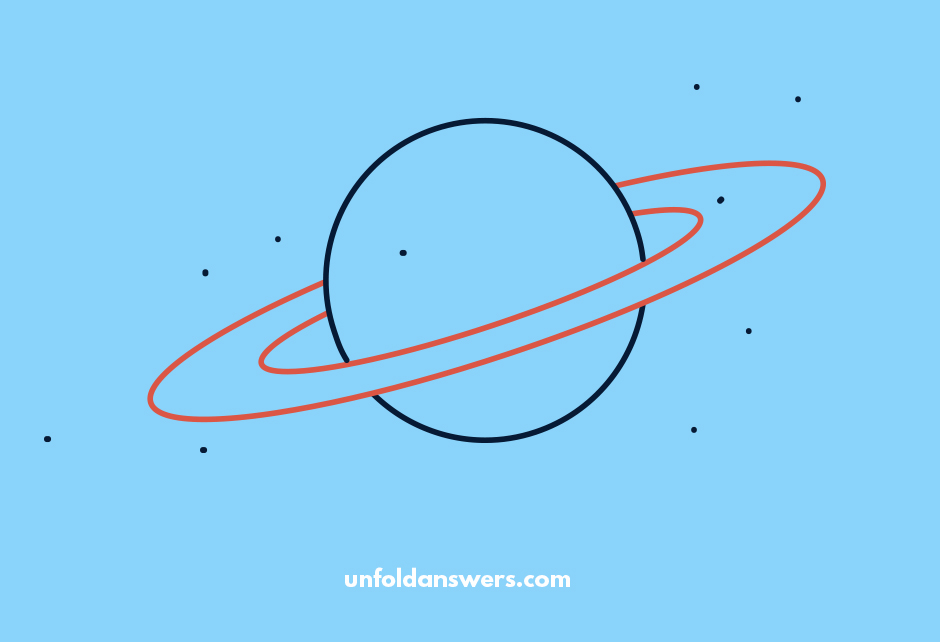 Saturn is a huge planet, second-largest among eight planets in the solar system. If we consider density, it is the only planet that has a density less than that of water i.e. 0.7 g/cc (density of water is 1 g/cc). And according to the theory of flotation, a substance with less density than of liquid floats in that liquid.

So, it could literally float on water. Of course, there has to be a sea of water large enough so that Saturn can float. But if there is one, it will float while all other planets sink.

6. Steel is More Elastic Than Rubber

We generally understand that material is elastic if it is stretchable and regains its shape quickly when the stretching force is removed. According to physics, elasticity is the property of a material to regain its shape after deformation. You might not believe that steel is elastic in nature but physics dictates that it is. Actually, steel is very much elastic than rubber. This is the reason why it is used for making bridges and buildings. When deformed, it can quickly regain its original shape, better than rubber.

7. A Clock on Jupiter Runs Slower than on Earth

Time is a relative quantity. Its measurement can change on the basis of how fast you are going, just like mass as mentioned earlier. Also, its measurement depends on the gravitational field around which it is measured.

But the difference in measurement is not significantly large in such a case. You cannot go to Jupiter so that you’ll live more. To have observable effects in the measurement of time, the gravitational field should be extremely large.

8. Particles Can Behave Differently When Observed

When it comes to the quantum world, things get weird, really weird. The particles like electrons behave as a spread-out wave as well as a localized particle. This property is called duality by physicists. Due to this, they appear differently, as a wave when we are not looking at them, while as a wave when we look at them. It is like, the particles know if we are looking at them. This is known as the observer effect.

So, when you look at an electron, meaning you use a detector to detect it, it behaves as a particle. However, you will find it shows the properties of the wave when you are not observing with a detector. This can be explained by the double-slit experiment.

Uncertainty is abundant throughout the quantum world. You cannot know the position and speed of a particle such as an electron simultaneously. This is called the Heisenberg Uncertainty principle. This means if you know how fast you are going, you cannot know where you are and vice versa. However, it is generalized to any two non-commutating variables.

This is purely quantum mechanical insight. So, in a quantum mechanical system, the velocity (momentum) and position do not have the same eigenfunction. This means, when we try to calculate one using quantum mechanical operators, only one value can be known at that eigenstate. A complete explanation can be found in our article on the Uncertainty principle.

10. Water Can Boil and Freeze at the Same Temperature

Water may freeze and boil at the same temperature. This temperature and also the value of pressure correspond to a point called a triple point. At this point all three phases, ice, liquid and water vapour coexist. This means water can boil as well freeze at that temperature.

Decreasing pressure can lead to a decrease in boiling point and an increase in freezing point. So, at a temperature of 273.16 K (0.01 C or 32.02 F) and pressure 0.006 Pascals, water can freeze as well as boil. All three states of water coexist. This is not only true for water but for other matters too.