Science is progressing as each second in our clock pass by. Here is our list of monthly science News and Updates for September 2020. 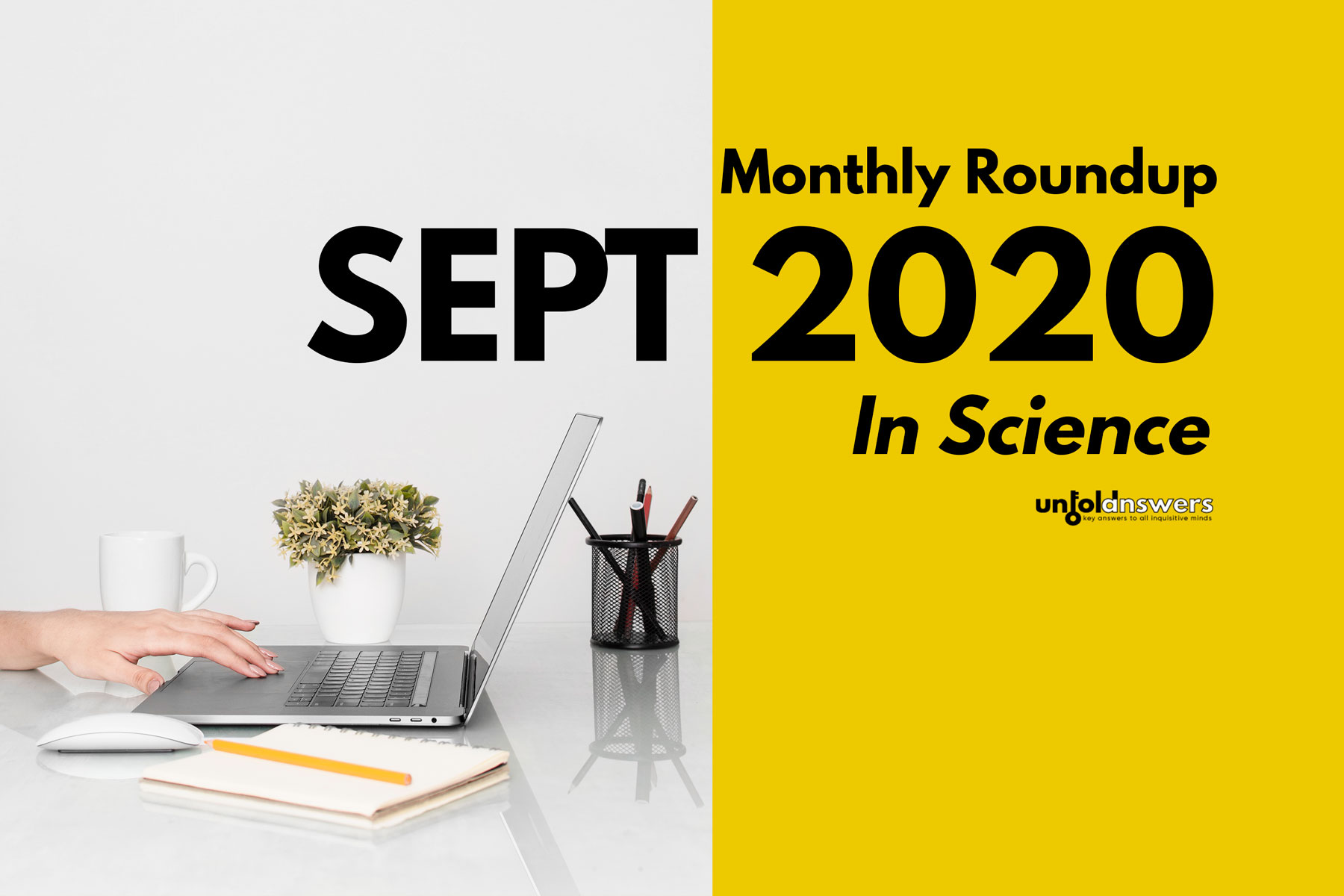 Quantum computers have been admired for long but were not used to solve real-life problems. Google AI quantum and collaborators were able to run a molecular simulation on Google’s quantum processor Sycamore. They used variational quantum eigensolver (VQE) algorithm to simulate the binding energy of hydrogen chains and isomerism mechanism of diazene. The accuracy of the calculations was reliable and this could be used to conduct more complex simulations, the ones which are unsolvable for classical computers in coming future.

COVID 19 vaccine is not coming soon enough. During this tough time, the results shown by a pharmaceutical company regarding antibody treatment has brought hope. According to research done in 275 people, the data seems positive. The antibody treatment is found to decrease the number of virus in swabs.

The antibody combines with the surface protein of coronavirus causing COVID 19 and can block it from infecting cells. This in turn can decrease the number of the virus by preventing them to multiplicate. However, this treatment is only deemed useful to those patients who have mild symptoms and are in preliminary phase. –Source

The search for extraterrestrial life is always on and scientists have found most authentic evidence till now in Venus. A team led by Jane Greaves of Cardiff University, UK have observed compound called phosphine in the atmosphere of Venus using Atacama Large Millimeter/submillimeter Array and James Clerk Maxwell Telescope.

Phosphine is a compound which can be synthesized by living organisms and is an essential compound to form RNA and DNA. The abiotic track for the formation of phosphine in Venus is not possible. So, it is concluded that this might be a hint of life forms in Venus. But it might be possible that the phosphine has been acquired from the abiotic process which is still unknown to us. –Source

On 21 May 2019, a strong gravitational wave was recorded by different observatories. That wave was originated from a massive black hole merger. Those black holes were the only medium-sized black holes ever detected and could not have been formed when a massive star ran out of fuel since the explosion of dead star is so powerful that it leaves no remnants.

This month the data was analyzed and published but the formation of such massive merger remains a mystery. They could have been formed from merging of smaller black holes or maybe primordial black holes but both possibilities were ruled out because they do not fit the data. The upgrade of observatories Virgo and LIGO can be of massive help in discerning the truth about this merger. –Source

5. Brain Scanning Backpack Taking Neuroscience to the Next Level

This device can be useful in analyzing the reaction of the brain in response to stress and shocks, hence providing better insight into neuroscience. However, it can be only used on people with neural implants. This gear can aid in monitoring Parkinson’s and post-traumatic stress disorder. –Source

Bird show good cognitive ability and some are even smart enough to do special craft as per their need. But they do not have cerebral cortex as in mammals which is responsible for thought and reasoning in mammals. So, the cognitive behaviour of birds was a mystery.

Recently, scientists have found a structure in bird brain, which is responsible for cognitive abilities analogous to the cerebral cortex in mammals. This structure has a similar structure as mammalian cerebral cortex hinting that both cognitive units may have been the result of evolution from a common stem amniote. –Source

A supercooled liquid is a liquid form of a matter well below its freezing point. If a liquid is free of particle impurity to trigger the crystallization, it won’t freeze even below the freezing point. Supercooled water was theoretically studied and the possibility of two forms with two different compactness in the structure was theorized. However, those forms were not detected in experiments.

Attosecond pulse generation is a technology which can generate a pulse in a billion billionth fraction of second. This technology can be very useful in unravelling the mysteries of superfast phenomena. Scientists used this technology to track an electron in a liquid. An electron revolves around a hydrogen nucleus in about 150 attoseconds for Bohr model of a hydrogen atom. So, these pulses can even track electrons.